“Ivanov” is the story of its title character, Nikolai Ivanov, who is severely conflicted by the illness of his wife, his mounting debts and his own internal desires. A taut psychological drama, “Ivanov” with its tragic and dramatic climax is considered one of Chekhov’s best plays. (891.72 CHE)

A group of strangers is stranded in a boarding house during a snow storm, one of whom is a murderer. The suspects include the newly married couple who run the house, and the suspicions in their minds nearly wreck their perfect marriage. Others are a spinster with a curious background, an architect who seems better equipped to be a chef, a retired Army major, a strange little man who claims his car has overturned in a drift, and a jurist who makes life miserable for everyone. (822 CHR)

, A Doll’s House richly displays the genius with which Henrik Ibsen pioneered modern, realistic prose drama. In the central character of Nora, Ibsen epitomized the human struggle against the humiliating constraints of social conformity. Nora’s ultimate rejection of a smothering marriage and life in “a doll’s house” shocked theatergoers of the late 1800s and opened new horizons for playwrights and their audiences. (839.8 IBS)

Three damned souls, Joseph Garcin, Inès Serrano, and Estelle Rigault, are brought to the same room in Hell and locked inside by a mysterious valet. They had all expected torture devices to punish them for eternity, but instead find a plain room furnished in the style of the Second French Empire. At first, none of them will admit the reason for their damnation: Joseph says that he was executed for being a pacifist, while Estelle insists that a mistake has been made; Inès, however, is the only one to demand that they all stop lying to themselves and confess to their moral crimes. (842 SAR) 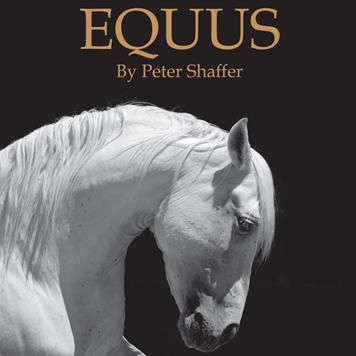 lan Strang is a disturbed youth whose dangerous obsession with horses leads him to commit an unspeakable act of violence. As psychiatrist Martin Dysart struggles to understand the motivation for Alan’s brutality, he is increasingly drawn into Alan’s web and eventually forced to question his own sanity. (812 SHA)

Professor Henry Higgins, a linguistic expert, takes on a bet that he can transform an awkward cockney flower seller into a refined young lady simply by polishing her manners and changing the way she speaks. In the process of convincing society that his creation is a mysterious royal figure, the Professor also falls in love with his elegant handiwork. (822 SHA)

Wendy Wasserstein’s Pulitzer Prize-winning play is the tale of a baby-boomer’s long, hard road from 1960s confusion to 1990s self-assured woman…or so she hopes. (812.54 WAS)

The Importance of Being Earnest / Oscar Wilde

Working within the social conventions of late Victorian London, the play’s major themes are the triviality with which it treats institutions as serious as marriage, and the resulting satire of Victorian ways. (822 WIL)

This Pulitzer Prize-winning drama of life in the small village of Grover’s Corners, an allegorical representation of all life, has become a classic. (812.52 WIL)

Amanda Wingfield, a faded Southern belle of middle age, shares a dingy St. Louis apartment with her son Tom, in his early twenties, and his slightly older sister, Laura. Although she is a survivor and a pragmatist, Amanda yearns for the comforts and admiration she remembers from her days as a fêted debutante. She worries especially about the future of her daughter Laura, a young woman with a limp (an aftereffect of a bout of polio) and a tremulous insecurity about the outside world. (812 WIL)