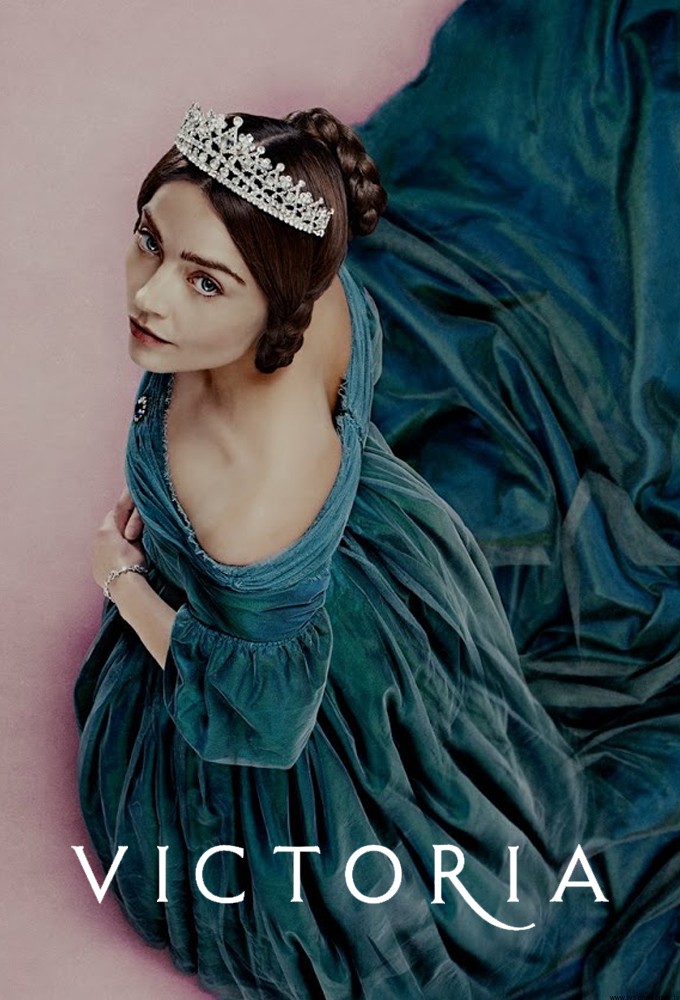 “Victoria” is the latest costume drama offering from Masterpiece Classic, based on the early years of Queen Victoria’s reign. The costumes and sets are luscious, and the acting is pretty okay. Jenna Coleman portrays the young Victoria as proud and self-centered (with just a hint of her later “We are not amused” severity), but also warm-hearted and a little overwhelmed. Rufus Sewell, who has become more handsome as he enters middle age, is excellent as Lord Melbourne, Victoria’s first prime minister (and teenage crush). Then Prince Albert arrives on the scene. In my opinion, Tom Hughes does the prince a disservice, playing him as sulky and literally slack-jawed. I hope he grows into the role next season.

Since we all know Victoria’s story from history class, there is little drama to be had as she begins her life as a monarch, wife, and mother. I was more intrigued by the secondary storylines, particularly the flirtation between Prince Albert’s brother Ernst (David Oakes) and the Duchess of Sutherland (Margaret Clunie). Prince Ernst, unable to marry the already-married duchess, can only look on sadly as his little brother enters a marriage both happy and advantageous. This always-a-bridesmaid attitude probably comes naturally to Oakes, who perpetually seems to be cast as someone’s brother in historical dramas. One more note on the actors: if chef Charles Francatelli looks familiar in the “downstairs” portions of the show, it’s because he is Frederick Kingsley, son of Sir Ben.