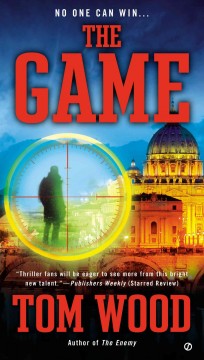 Victor lives by a code, a simple code, be vigilant, unpredictable and don’t attract undue attention, oh and no swearing. The last part of his personal code seems to cause people who deal with Victor the most confusion, after all its OK to kill people for money but not OK to curse? To which he usually replies something to the effect of; there is enough ugliness in the world no need to bring out more. Being a world class assassin lets you have your little quirks, not that very many people meet him twice or live long enough once they do meet him to appreciate his code. Victor is a smart, cunning and extremely dangerous character that gets the job done once he undertakes it. The books in the Victor series are fast past, action packed and allow us to fully come to understand the mind of this complicated man who is a man of honor in his own way.

Certain books in the series available through the BRIDGES Library System