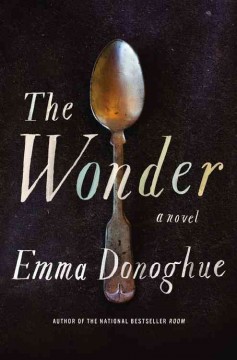 Emma Donoghue’s novel Room was a bigtime bestseller a few years ago, and deservedly so. Its depiction of a mother and child, held captive in a single room that is all the world the child has ever known, is beautiful and heartbreaking. With The Wonder, she revisits the same woman-and-child type of story, with equally excellent result.

The Wonder takes place in Ireland, in the 1850s. Professional nurse Lib Wright has been recruited to keep watch over an eleven-year-old girl who has reportedly been living without food for several months. At first, Lib finds her patient remarkably well, and concerns herself with fending off curiosity seekers, religious pilgrims, and a particularly insistent reporter. But as the days pass, she begins to suspect darker forces are at work, and by the time she has learned the truth the girl’s life is in grave danger. Lib is forced to make a professional and moral decision that she would have found inconceivable even a month before.