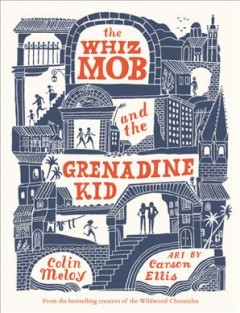 Charlie is bored with his life in France as an American diplomat’s son. He is uninterested in his studies, his environment, his father, and the boring sons of other wealthy and powerful people, and yearns for some excitement of his own. Enter the Whiz Mob. Charlie is intrigued while sitting at an outdoor café to see a group of young pickpockets pull off a series of smoothly executed, well-timed fleecing of the unobservant. He realizes when he reaches to scratch his nose with his sterling silver fountain pen (a gift from his father) that in his hand is not the pen, but a stick, and the boy who had been interested in what he was writing, is gone. Thus begins Charlie’s acquaintance and interest in the Whiz Mob. This is a rollicking story of Charlie’s gradual, though grumbling, acceptance by the assorted kids in the mob, and what he has to do earn their trust.