Home » Reviews » The Thing (Board Game) 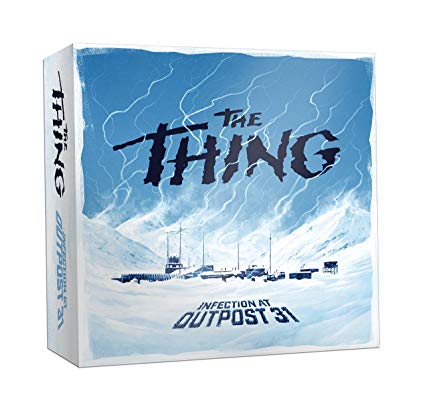 John Carpenter’s The Thing has become a classic movie and a favorite for many movie watchers; this game by USAOPOLY brings it to life. Can you figure out who is an imitation and who’s still on the team? Players work together to get off the research base by going on missions. Once the missions are completed it’s time to decide who gets on the helicopter. Choose wisely because if an imitation is saved humanity is doomed.

I loved this semi-coop; the way the missions are set up allowed my game group to have a great time trying to figure things out who was deliberately throwing the mission verses who just had bad cards. The artwork in this game also helps sell it to Carpenter fans, as each card has actual text from the movie included, and besides who can resist a game with Wilford Brimley quotes?