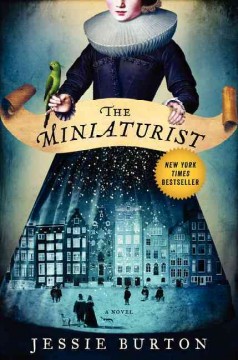 If I may paraphrase T.S. Eliot, “This is the way the book ends / Not with a bang but a whimper.” That’s what I thought when I finished The Miniaturist. It is an intriguing concept: a young wife receives as a wedding gift a miniature version of her own house, complete with all the people and secrets inside. And the author’s evocation of 17th-century Amsterdam shows considerable research and skill. The tension builds beautifully through the first two-thirds of the novel. Then the climax falls flat.

I considered the possibility that the ending just was not to my taste, but I don’t think that’s it. The problem is with the characters. The author clearly wanted to achieve a particular ending, but the characters she had written did not fit into that ending. So the author forced them into uncharacteristic words and actions, with the result that the whole thing feels contrived and just plain wrong.

One thought on “The Miniaturist by Jessie Burton”