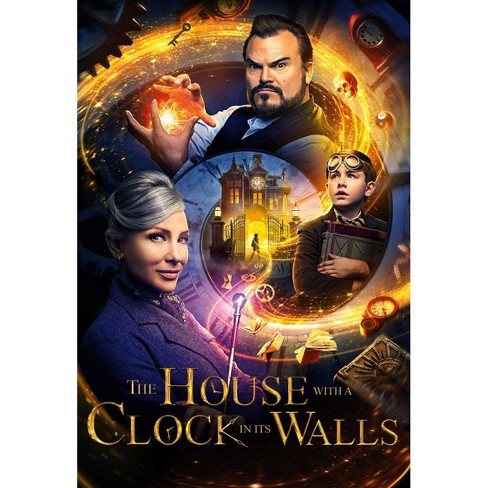 Jack Black and Cate Blanchett provide fantastic performances in this adaptation of the children’s book The House with a Clock in Its Walls by John Bellairs. When ten-year-old Lewis’ parents pass away, he goes to live with his estranged Uncle Jonathan, who is more than a little odd. To start, he picks Lewis up at the bus station wearing a woman’s robe, driving a rust bucket of a car, and takes him to what appears to be a house of horrors filled to the brim with clocks. Not to mention things in the house keep moving and changing, things that had no business doing either. It really isn’t so bad though, all things considered. The neighbor, Mrs. Zimmerman, makes amazing cookies; there is no bedtime, and no rules on what to eat or what to do. There is only one rule in this new house; never open the cabinet in the library. But when Lewis starts to hear strange noises, and rumors about a murder taking place in his new home, he starts to wonder if there is more to this new life than he originally thought. Throw in some magic, necromancy, and shapeshifting and you get a kid-friendly horror flick perfect for the whole family.