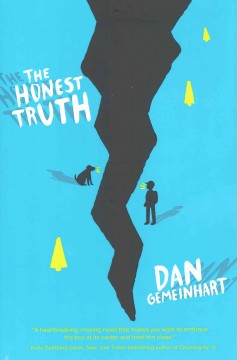 I love adventure books, and I love to book talk them to kids. I recently read a new book that rivals Hatchet and My Side of the Mountain as a spectacular adventure story for middle grade readers. The Honest Truth by Dan Gemeinhart is about Mark, who has been fighting cancer since he was seven, and, now at twelve realizes he’s at the probable end of available treatments. His decision to take control of his own life, go off with his dog to climb Mt. Rainier, and die on his own terms is brave and justified. The story is told in half chapters – in Mark’s voice and that of his best friend, Jessie, who tries to decide which is the greater friendship; telling what she’s guessed or staying silent. This is a keeper!

One thought on “The Honest Truth by Dan Gemeinhart”