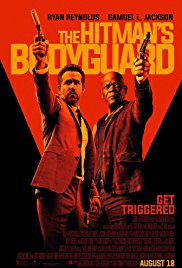 I loved this movie, mainly because it starred both Samuel L. Jackson and Ryan Reynolds as a fantastic comedic combo. The constant bickering between the two brings to mind an old married couple who just so happen to love beating up bad guys and blowing things up. Jackson plays a convicted hit man who is needed to testify against a previous employer, and Reynolds is called in on bodyguard duty to make sure he makes it to trial on-time and alive. While the story line is forgettable, the interactions between the two are guaranteed to make you laugh. It is a great movie for anyone who loves either actor, and a must watch for those who loved “Deadpool”.