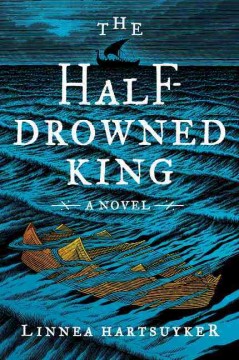 One of my favorite literary works of all time is Kristin Lavransdatter, a trilogy of novels by Norwegian author Sigrid Undset. Published in the 1920s, the books tell the life story of the fictional Kristin, a Norwegian woman of the 1300s. If you love women in historical fiction and have Game of Thrones kind of time on your hands, commit to the 1500 or so pages of this saga.

If you want a similar hit of Viking-Age fiction with female characters front and center, but about 1200 fewer pages, try The Half-Drowned King, by Linnea Hartsuyker. This is the first book in a promised trilogy from debut author Hartsuyker, and I will wait impatiently for the next installment.

The story takes place in Norway in the late 800s, and centers on a brother and sister duo, Ragnvald and Svanhild. When the novel begins Svanhild is playing Cinderella in the home of an evil stepfather, while Ragnvald has gone out to seek his fortune on the seas as a Viking raider. Soon enough, the siblings are swept up in the swirl of changing loyalties surrounding the rise of Norway’s first king, Harald Fairhair. Hartsuyker’s descriptions of Ragnvald’s battlefield heroics are as good as anything I’ve read in Bernard Cornwell, but I thought the best parts of the novel were those starring Svanhild. She is a girl like Kristin: still young and naive, but also bold, passionate, and clever. I found myself cheering for Svanhild–and worrying about some of her less-clever choices–at every turn.