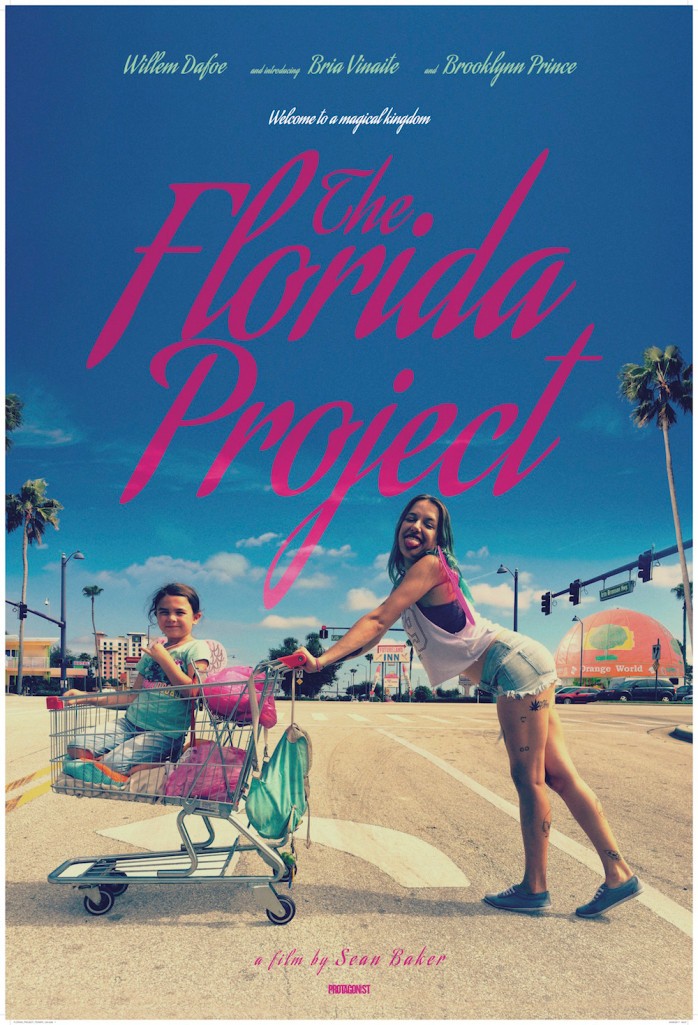 The Florida Project is poignantly tragic drama, that takes place during summer in a low rent sleazy motel just outside of Disney World. The film is from the viewpoint of six-year-old Moonee who lives with her rebellious, driftless mother, Halley. Moonee is a carefree kid not fully aware of the conditions she lives in. She gets into all sort of mischief with her group of friends, but mostly destruction of property and using her vast repertoire of curse words. She is able to get away with most of it because her mom gives very little supervision during the daytime. Willem Dafoe plays Bobby Hicks, the hard-nosed manager of the motel, who constantly has to hound Halley for her rent and often catches Moonee and her friends in troublesome situations.

This film has many carefree moments that captures what it’s like to be a kid in summer, playing outside. But it is balanced with the crushing poverty from Halley’s bad behavior and the depths she will go to make ends meet. The only real thing that felt out of place and disjointed was the very last scenes of the movie. I won’t spoil what happens but I wonder if the director wasn’t sure how to finish it and ended it in some metamorphic, dream like, happier/lighter tone.

Besides the disjointedness of the last scene think this film was well worth the watch. From what I could find, with the exception of Willem Dafoe, the cast is comprised of mostly first time actresses and actors. But I never would have guessed from their performances especially Brooklynn Prince who plays six-year-old Moonee does a fantastic performance.