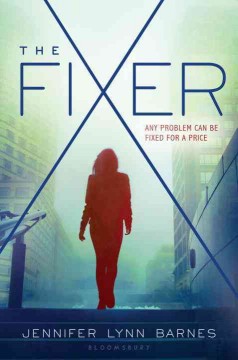 Sixteen-year-old Tess’s estranged older sister, Ivy, is a Washington D.C. “Fixer,” meaning powerful players in the world of politics come to her when they face large problems and she fixes them. When Ivy becomes Tess’s guardian, Tess finds herself embroiled in a dangerous mystery involving the questionably “accidental” death of the Chief Justice of the Supreme Court.

It’s been a while since I’ve had my hands on a book so utterly readable as this one. I’d sit down with it and the next thing I knew a hundred pages had flown by. The characters were so intriguing and the politics absolutely fascinating, with a suspenseful mortar of mystery to hold it all together until the satisfying conclusion. Thankfully, this is only the first installment and I have already eagerly jumped back into Tess’s world with The Long Game.