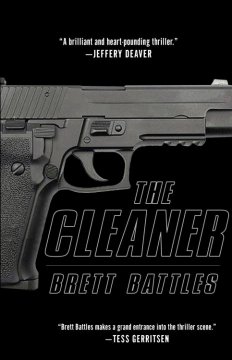 Quinn is a cleaner, a crime scene cleaner, but he doesn’t work with the police. Quinn sanitizes assassination, surveillance, and other espionage type scenes for whoever pays him the most. His freelance lifestyle is designed to leave no trace and to keep him out of the direct line of fire that operatives often have to deal with. We join Quinn after he has decided to start planning for retirement by training an apprentice, imagine his surprise when he finds out that all his careful safety measures aren’t going to stop him from being a target unless he can find out who wants to erase him. Action packed, fast paced, and short makes this a decent read. The audiobook was much better as the talented Scott Brick brings us into the mind of Johnathan Quinn and the world of the office and allows us to gloss over some of the gaping logic holes. I would recommend giving Battles a chance between releases of Jack Reacher, Will Ryobi, and Harry Hole.