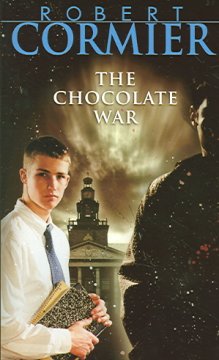 A young adult novel from the 1970’s, considered ‘THE’ YA novel by some critiques, it takes place mainly at an all boys Christian high school and is from different teen boys point of view. The only female presence in the book comes in the form of teen girls that the boys objectify. The main character, Jerry Renault, deals with bullying on multiple fronts from both his teacher and other students due to his refusal to take part in the optional chocolate war the school hosts every year. This issue escalates throughout the book and creates an almost mob mentality among the students against him. While it offers an interesting view into teen boys minds and thought process, overall it was a rather boring, if a little disturbing, read.