Home » Reviews » The Case for Impeachment by Allan J. Lichtman 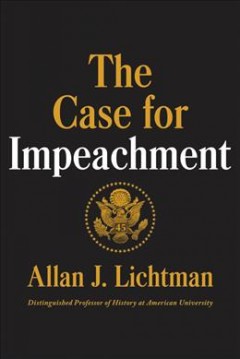 I was excited to read this book as Mr. Lichtman had been one of the few “talking heads” on cable tv that had predicted Donald Trump’s successful Presidential bid. He has since also predicted that Donald Trump’s presidency will end in impeachment. As an avid cable news consumer, I was already aware of much of the information contained in this book. The sequential framework of having the information contained in one book was nice. Within this book, Mr Lichtman has organized the events surrounding this campaign /presidency around the impeachable offenses that could be enlisted. The problem with a book like this is that events continue to occur, thereby making the book outdated within a few days. Perhaps the author could have addressed this by foreshadowing a sequel book(LOL). In the first ten chapters the author seemed to recap events and superimpose the template of impeachment articles. This appeared to be aimed at informing a general audience. THEN in chapter 11, the author switches his audience and purpose. In the last chapter and the book’s conclusion, Mr. Lichtman appears to be writing a letter directly to Trump. He outlines 8 steps that would reverse the path towards impeachment. Since it has already been reported that Donald Trump is not much of a reader it seems highly unlikely that this message will ever reach the president’s ears. As the reader myself, I found the book interesting but got turned off when the author’s audience focus changed and the text became kind of preachy. Not sure I would recommend this….🤔