If you haven’t already seen and become OBSESSED with Encanto, run don’t walk to watch this film! It’s a beautiful family saga story worthy of the best family movie nights – blanket forts and all. The Madrigal family is an extraordinary, multigenerational family who live hidden in the mountains of Colombia in a charmed home called the Encanto. The magic of the Encanto has blessed every child in the family with a unique gift — every child except Mirabel. However, she soon may be the Madrigals last hope when she discovers that the magic surrounding the Encanto is now in danger. The film follows Mirabel’s journey to save her family home and figure out her place within her family. The film is another Lin Manuel Miranda and Disney film collaboration. The music is phenomenal and will have you singing your heart out long after the film ends. If you love uplifting and magical stories, you’ll love this film.

Neon Gods is the first book in Katee Robert’s Dark Olympus series. What started out as a self-published book on Amazon’s Kindle, has turned into a publishing powerhouse. Neon Gods is a dark, contemporary retelling of the myth of Hades and Persephone. Robert does an incredible job world-building a modern city that is Olympus and fills it with complex and page melting characters. I loved this book. If you like your dark romance novels on the spicy side, I think you’ll love it too.

I don’t think Lin Manuel Miranda can do anything wrong! This film is such a beautiful adaptation of the Broadway musical. The songs are infectious and complex; the cinematography is colorful and vibrant; and the plot is as heartwarming as it is realistic. This was Miranda’s first award winning Broadway show, and it catapulted him into the mainstream. It’s so well cast and so well written. I highly recommend this film to anyone who is a musical and/or Lin Manuel Miranda fan.

Located in Blu Rays (BLU RAY IN THE HEIGHTS)

This was a great film! Lots of adventuring and a good balance of humorous and serious moments. The film is based on a popular video game, but it’s not necessary to know anything about it in order to enjoy the movie. The film follows a street savvy Nathan Drake who is approached by Victor “Sully” Sullivan, a ne’er-do-well treasure hunter who claims to know Nathan’s long lost brother. Sully recruits Nathan to help him to help recover a 500-year-old lost fortune amassed by explorer Ferdinand Magellan – the last treasure his brother was also hunting before he went missing. What starts out as a straight foreword heist soon becomes a globe-trotting, white-knuckle race to reach the prize before the ruthless Santiago Moncada can get his hands on it. If Sully and Nate can decipher the clues and solve one of the world’s oldest mysteries, they stand to find $5 billion in treasure — but only if they can learn to trust each other long enough to work together.

This film is a marvel. Through the use of modern tech, archival footage of WWI, and the narration of WWI veterans the film makes the realities of this war and its social impacts on the world that much more vivid and relevant. I highly recommend this film for anyone who is interested in military history, or just history in general.

Who says children’s novels are just for kids?? Elizabeth Somers is an 11 year old orphan girl who finds herself locked out of her home and shipped off for Christmas break by her vicious aunt and uncle. But instead of a lonely trip to the middle of nowhere, Elizabeth finds herself at the awe inspiring resort, Winterhouse. What unfolds is a beautiful story full of magic, puzzle mysteries, enduring friendship, and the power of good. Accompanying Guterson’s compelling writing are illustrations by Chloe Bristol, which only adds to the story’s magic.

My 11 year old daughter and I read this book together, and I highly recommend it as a great family read.

This film follows the complex romance between Leonard Cohen and his muse, Marianne Ihlen from their first meeting in the sun drenched Greek island of Hydra to Marianne’s death just months before Cohen’s in 2016. Personal photographs and home videos as well as intimate interviews with the pair’s inner circle are enhanced by the brilliant direction of famed documentary filmmaker, Nick Broomfield. Broomfield himself being intimately connected to the couple adds to the films poignancy. For any music lover, or 1960s bohemian fan, this film is a must see.

Classic flicks of the 80’s have been getting musical reboots in the last few years, and I’m on board. Beetlejuice: the Musical is full of newly written rock-y ballads, appropriately creepy lyrics, and irreverent humor, as well as the classics from the film like “Shake, Senora” and “Day-O (The Banana Boat Song)”. Sophia Anne Caruso, as Lydia, belts out the track “Dead Mom” with enough angst, pain, and authenticity that makes the song stand out from the crowd. Actress Kerry Butler’s Barbara Maitland is an equal delight with her melodic and sweet voice, making it the perfect accompaniment to Caruso’s grittier sound. Overall, the soundtrack is a great listen, however, as the lyrics remind you, “this is a show about death.” If that’s something you’re sensitive to, this would not be a musical for you.

Hard working, young single mother, Catherine Wright, has the world on her shoulders and trauma in her rearview mirror. She’s putting everything she has into raising her 5 year old daughter and living a quiet life. A quiet life that shatters when she saves the life of a man on a lonely stretch of road. Not just any man, however. Brett Madden is the son of Hollywood royalty and a hockey star in his own right. Suddenly, the trauma in Catherine’s rearview is dredged up front and center, but along with it comes a chance for romance and happiness.

The well written characters in the story are really what carry you through. The real scene stealer is Catherine’s daughter, Brenna. She adds hilarity and honesty that only a little kid can. The plot is an easy formula that works and the romance isn’t over the top. It’s a sweet story perfect for a quiet night in or a lazy vacation day on the beach. 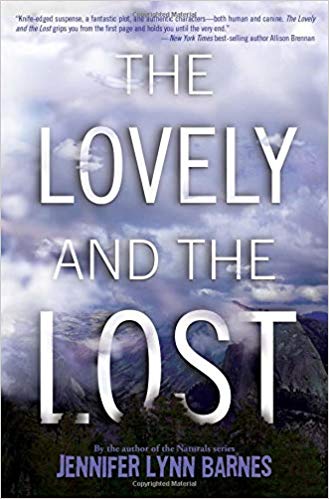 Mysteries, lost children, mischief, and DOGS! This book has it all. I read it a single night and stayed up WAY past bedtime to do so. Teens Kira, Jude, and Free have learned Search and Rescue at the hands of one of the best and their mettle is about to be tested like never before. Kira was once a lost child in the forest, but upon being rescued after weeks on her own she has learned to survive and thrive in the “real world.” Yet part of her remains back in woods and that terrifies Kira. Jude is a forceful optimistic, often using it to hide his pain of not knowing who his father really is. Free is reckless and loving and fiercely protective – a free spirit who just wants to be needed and wanted. And they all work with their K9s in Search and Rescue. The dogs – Saskia, Pad, NATO, Dutchess, and Silver are beautifully written characters and help drive the story along.

Those who love a good mystery with a twisting ending and a slew of cute puppers will definitely love this book.