Home » Reviews » Such a Pretty Girl by Laura Wiess 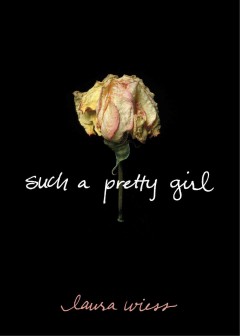 To say I enjoyed Such A Pretty Girl by Laura Wiess would be something of a misnomer. To say it grabbed me and wouldn’t let me go until hours after I finished the final page would be far more accurate.

Meredith Shale’s bubble of safety is shattered when her father is released from prison six years early for “good behavior.” But Meredith isn’t fooled into believing her father has changed. She know’s her father’s reign of terror will only begin again now that he’s free just as clearly she knows only she can stop him from hurting anyone else, even if she has to play the sacrificial lamb to bring him down.

Honest, heartbreaking, and startlingly vivid, this novel is a YA masterpiece.