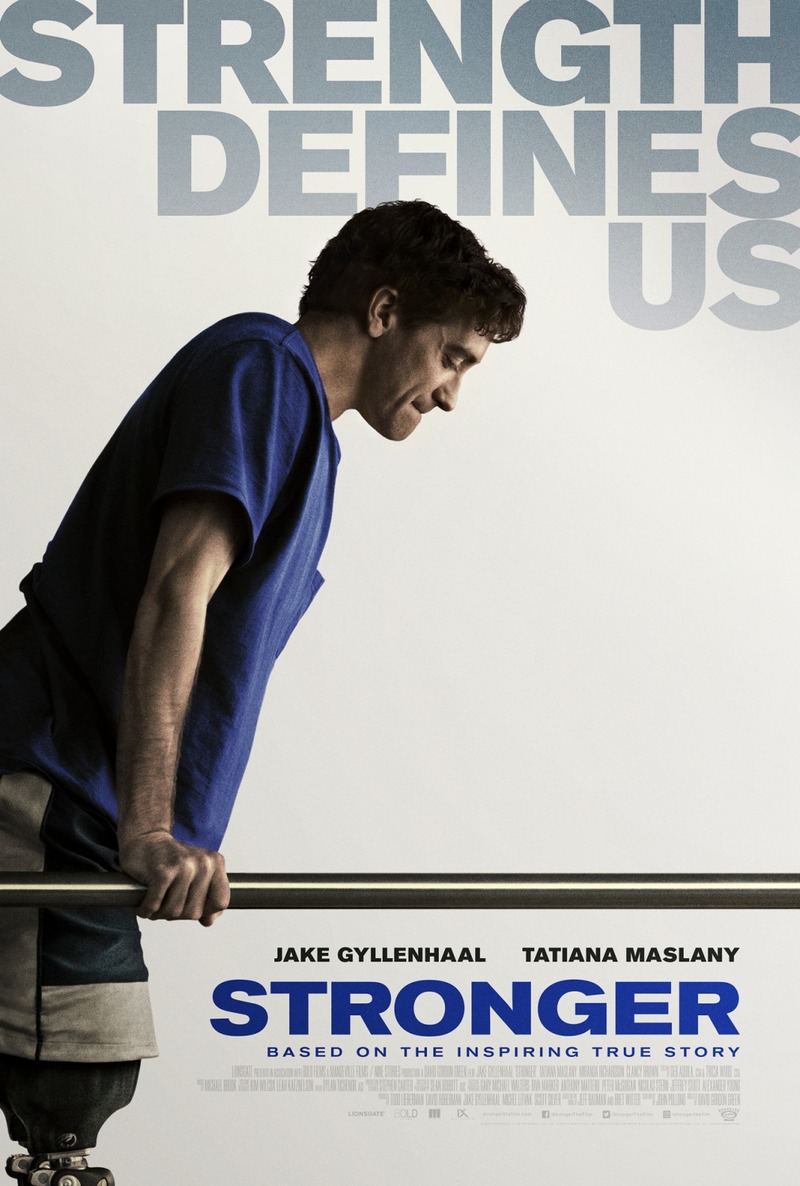 Stronger follows the true story of Jeff Bauman, a working-class Bostonian, who loses both legs in the Boston Marathon bombing. Jeff was waiting near the finish line to cheer on his on-and-off girlfriend when the first bomb went off. Jeff was able to help law enforcement identify one of the bombers. The movie follows Jeff and his family as he struggles through his recovery. While Jeff might have many demons to battle, one thing always remains constant and that is how he is the pride of his community, and he embodies “Boston Strong.”

Most people probably remember the photo of Jeff that circulated throughout the news right after the bombing. It consisted of Jeff being pushed in a wheelchair by a Good Samaritan who helped save his life. This movie is the story behind that photo. While seeing Jeff suffer was difficult at times, I found the movie to be poignant and insightful. Jeff Bauman is an inspiration to everyone on how to not give up, even in the worst of circumstances.