Princess, Vroom, Dino: This collection is located in the children’s area and it has picture books that contains some of the most popular subjects: Princess, Cars and Trucks, and Dinosaurs. These books all have bright neon labels on them, denoting which subject it belongs to. The collection is located in the children’s area, to the right when you walk in, on the bookshelf against the right wall, near the board books, Parent’s collection, and the Inspiration Station.

The Princess and the Pony / Kate Beaton

Princess Pinecone would like a real war horse for her birthday, instead of which she gets a plump, cute pony–but sometimes cuteness can be a kind of weapon, especially in a fight with dodgeballs and spitballs and hairballs and squareballs.

The parents of pearl-eyed princess Cinnamon offer a reward to anyone who can help their daughter speak, a plea answered by an exotic tiger who arrives at the palace, armed with knowledge of the world.

Lonely Princess Sue longs to leave her castle tower, but when her prince finally rescues her, she realizes she is destined for a less traditional partner.

When Little Excavator, who is eager to help, arrives at the construction site, he is told he is not quite ready for the jobs done by the larger vehicles, but they eventually find the job that is just right for him.

Little monsters and the trucks they have built attend school together in Monster Town. 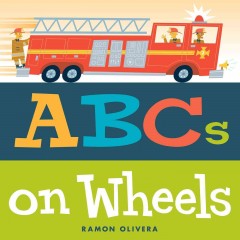 Illustrated in a retro, cartoony style with wonderfully rich colors and angular graphics, cars, limos, buses, and even a stagecoach fill the pages, accompanied by captions that display uppercase and lowercase letters.

Polishing her collection of fangs in a museum, the last Dinosaur Tooth Fairy is very lonely and longs for a new tooth, so when she spots a loose one she will do almost anything to get it–even face modern-day monsters. 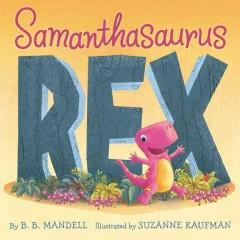 Fearless Dinosaur takes on new challenges as he starts preschool, from meeting new friends to pasting glitter and googly eyes, but one task requires assistance from everyone.

“Having fun isn’t hard when you’ve got a library card.” ~Marc Brown