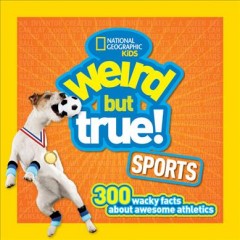 Presents a collection of unusual facts about sports, including that kite flying is the national sport of Thailand; ballet began as a weapons-free interpretation of fencing; and early bicycles were known as hobby-horses. (J 031.02 NAT)

What To Expect When You Go to the Doctor / Heidi Murkoff

Everyone needs to go to the doctor for checkups. But for a child who doesn’t yet understand what staying healthy means and why it’s important, a visit to the doctor can be a bewildering experience. We’re here to help you answer your child’s questions about who doctors are, what they do, and why we go to them for checkups. (J 177 MUR)

The Brick Bible: A New Spin on The Old Testament / Brendan Powell Smith

Brendan Powell Smith has spent the last decade creating nearly 5,000 scenes from the bible–with Legos. His wonderfully original sets are featured on his website thebricktestament.com, but for the first time 1,400 photographs of these creative designs–depicting the Old Testament from Earth’s creation to the Books of Kings–are brought together in book format. (J 221.92 SMI)

Collects tales of Norse mythology featuring the powerful Odin, Thor and his hammer, Mjolnir, Loki, the final battle of Ragnarok, and power stuggles among the figures. (J 398.20938 CRO) 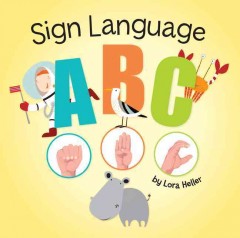 Presents the American Sign Language alphabet using illustrations of both each letter’s hand gesture and words beginning with each letter. (J 419 HEL)

A brief history and discussion of the planets and outer space objects encountered by spacecraft Voyager. (J 523.4 SIY)

The Playbook: 52 Rules to Aim, Shoot, and Score in this Game Called Life / Kwame Alexander

Kwame Alexander shares poetry and inspiring lessons about the rules of life, as well as uplifting quotes from athletes such as Stephen Curry and Venus Williams and other exemplars like Sonia Sotomayor and Michelle Obama in this motivational and inspirational book just right for graduates of any age and anyone needing a little encouragement. (J 796.01 ALE)

Where the Sidewalk Ends / Shel Silverstein

A boy who turns into a TV set and a girl who eats a whale are only two of the characters in a collection of humorous poetry illustrated with the author’s own drawings. (J 811 SIL)

Schomburg: The Man Who Built a Library / Carole Boston Weatherford

Amid the scholars, poets, authors, and artists of the Harlem Renaissance stood an Afro–Puerto Rican named Arturo Schomburg. This law clerk’s life’s passion was to collect books, letters, music, and art from Africa and the African diaspora and bring to light the achievements of people of African descent through the ages. When Schomburg’s collection became so big it began to overflow his house (and his wife threatened to mutiny), he turned to the New York Public Library, where he created and curated a collection that was the cornerstone of a new Negro Division. A century later, his groundbreaking collection, known as the Schomburg Center for Research in Black Culture, has become a beacon to scholars all over the world. (J 921 SCHOMBURG)

“Libraries allow children to ask questions about the world and find the answers. And the wonderful thing is that once a child learns to use a library, the doors to learning are always open.” ~Laura Bush