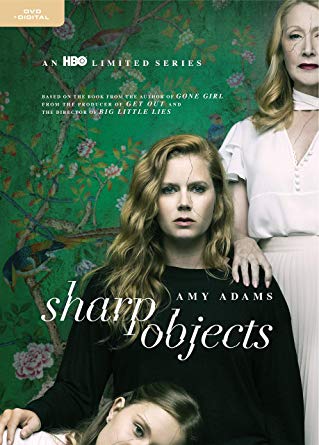 This television show is based on the book from the author of Gone Girl, Gillian Flynn, and I had no intention of ever touching it after submersing myself in the reprehensible nature of both the main characters in Gone Girl. It’s hard to watch something when you don’t know who to root for. Sharp Objects main character, Camille, is different. She’s a journalist who carries her troubles with her, or more literally, on her. Sent back to her hometown to investigate another mysterious disappearance and grisly murder, Camille is tormented left and right by familiar things that trigger memories that were once easier for her to ignore than process. She writes tortured by her past which hits the audience in flashbacks making it difficult to discern dream, from reality and memory. Every day is a blur of vodka, unanswered questions and fragments of clues but it was enough to keep me watching. I had to know who did it even though the show is slightly miserable. The musical composition was moving and paired stunningly well with the characters and events being portrayed. I wasn’t surprised to see this was directed by Jean-Marc Vallee, the same director of Big Little Lies which also has a similarly breathtaking musical performance.