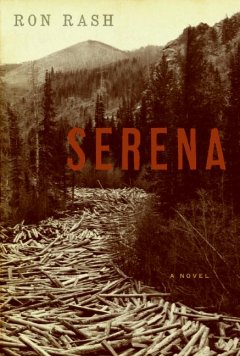 I think this is a case where the movie, starring Bradley Cooper and Jennifer Lawrence, is better than the book. I felt that the story about a timber empire owned by George Pemberton and wife Serena was too long. The diluted story had its interjections of lumberjacks dying on the job or a person being murdered here and there. I found the plot(s) to be weak and underdeveloped. There was a mild theme of land preservation vs. company buyouts, George having an illegitimate son to the dismay of Serena, and the general life of a Depression Era timber owner. Serena was independent, capable, and murderous. It probably is only good for a Hollywood movie.

Located in Adult Fiction (FIC RASH), as well as in Large Print