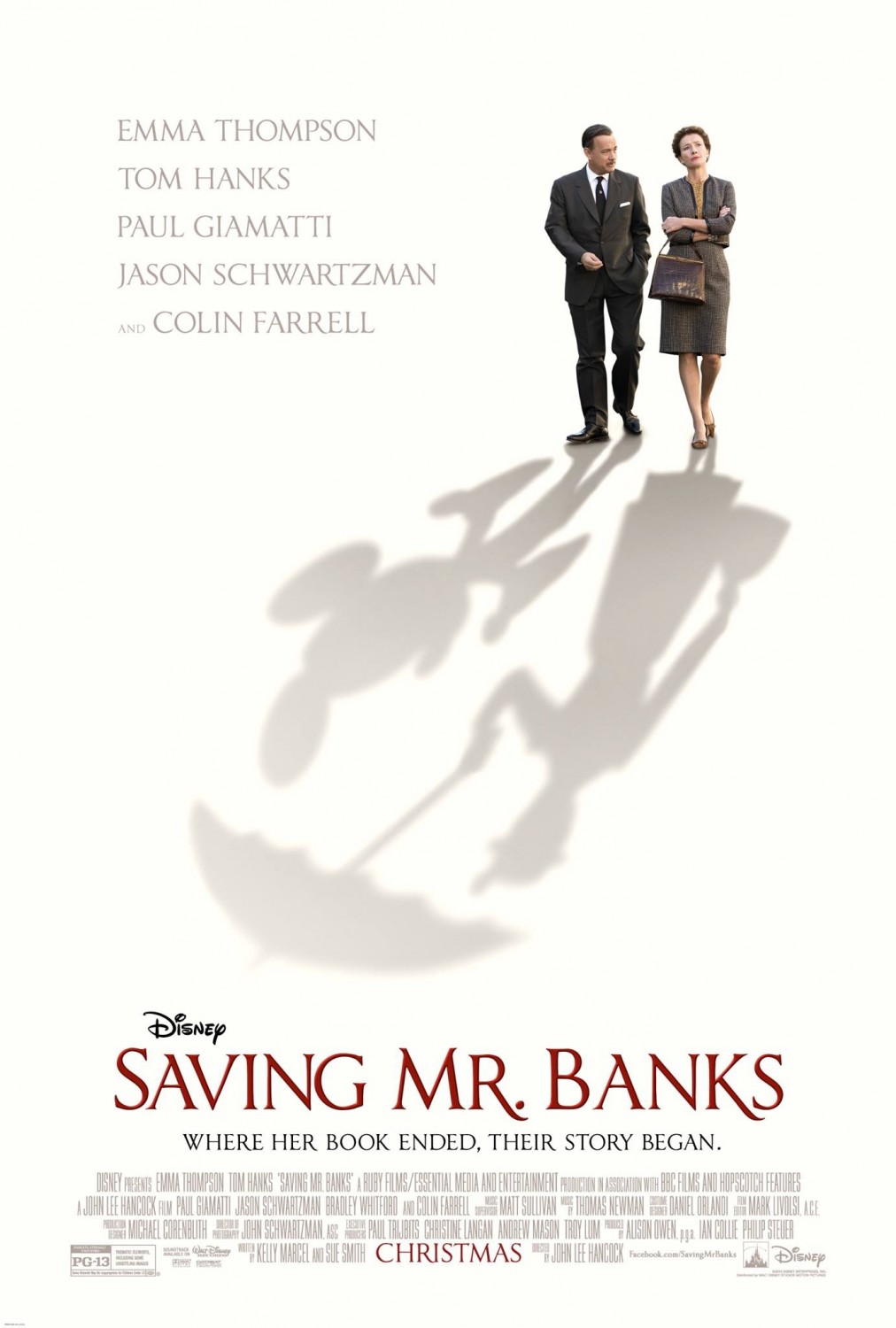 This was definitely one of the best movies I’ve seen all year! I wasn’t sure how I would feel about it but I felt inexplicably light and happy when I finished watching it. Saving Mr. Banks tells the true story of the challenging partnership between Walt Disney (Tom Hanks) and P.L. Travers (Emma Thompson) during the adaptation of Mary Poppins from book to screen. The performances in this film were truly impressive, although I tend to always adore Emma Thompson as a cantankerous author (as in another of my favorites, Stranger Than Fiction). P.L. Travers is such a complex, fascinating character whose childhood and relationship with her father are glimpsed throughout the film. Overall, this is a funny, heartfelt portrayal of a captivating true story.

Also, the Delafield Public Library now has the soundtrack which is also fantastic!