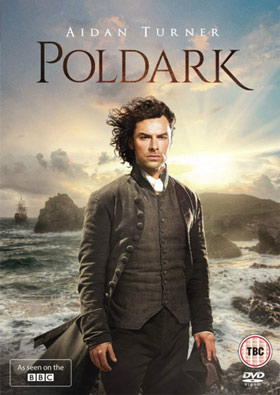 British period drama Poldark is a PBS Masterpiece Theater television series set in the 1780s with Aidan Turner (The Hobbit) well cast as the title character. In fact, the entire show is well cast, and well done. If you liked “Lark Rise To Candleford” or “Cranford”, also PBS period dramas with talented actors, you will like this as well. Based on the novels by Winston Graham, which I plan to read soon.