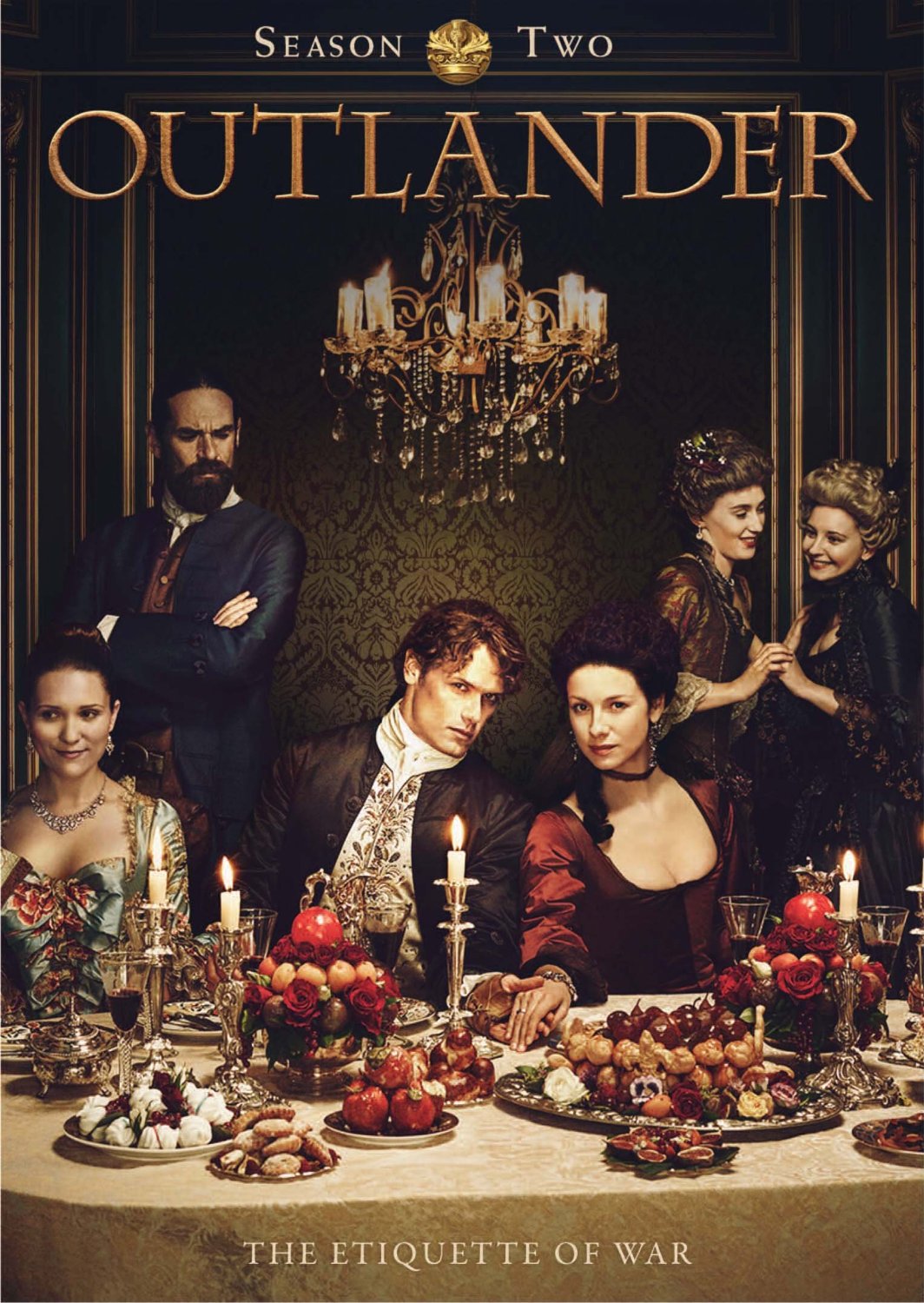 I adored the first season of Outlander, but I remembered the second book in the Outlander series–Dragonfly in Amber–as rather slow. So I was worried that the show would never live up to its action-packed first season. Season 2 has much less action–and much less skin–than Season 1, but it is still a highly satisfying binge-watching experience.

Season 2 takes us to Paris, where Claire and Jamie are working to prevent the Scottish Rising of 1745 and the devastating Battle of Culloden. We are introduced to several fun new characters, including the wizard Master Raymond, the young thief Fergus, and Bonnie Prince Charlie himself. The plot hinges on secrets and intrigue, so you need to watch closely to catch everything. (I turned on the subtitles.) At times, this complicated plotting seems to bog down somewhat, and I think some of it could have been simplified.

The season hits it stride when Claire and Jamie return to Scotland. Having failed to stop the Rising, they decide they must participate in it in order to mitigate the devastation. The urgent preparations for the final battle are contrasted with calm, domestic scenes from the 20th century–to which Claire eventually is forced to return. By the final episode, at Culloden itself, I was glued to the TV with tears running down my face.