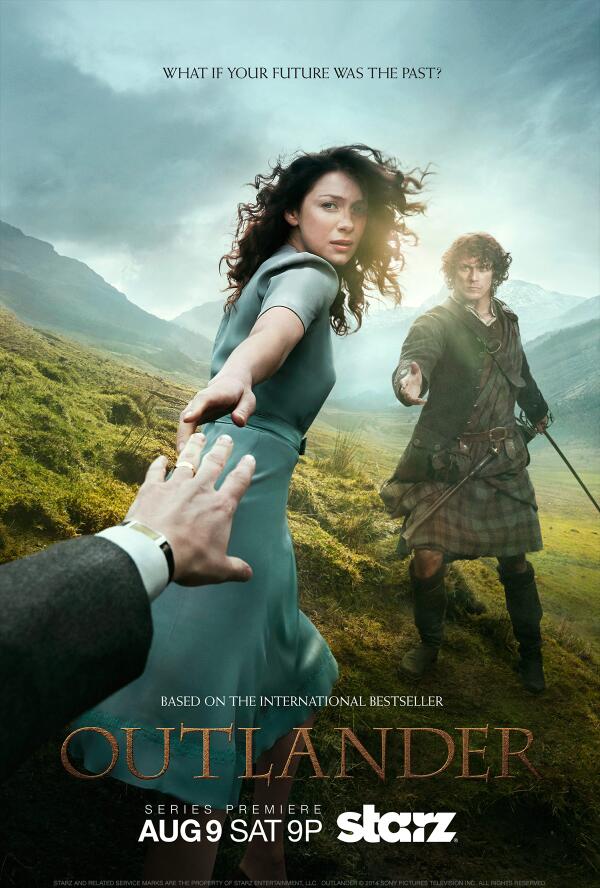 As a devoted fan of the Outlander book series, I waited with some trepidation for the TV series adaptation to be released on DVD. I always have these mixed feelings when a favorite book is made into a movie or TV series, because I already have my own version played out in my mind. I know what the characters and settings are supposed to look like, and exactly how the plot is supposed to advance. Any deviation from my version is just not right.

Sometimes, the film adaptations mesh perfectly with my version: the TV series The White Queen, an adaptation of Philippa Gregory’s Wars of the Roses book series, comes to mind. Other times, they are travesties. (James Bond is also Mikael Blomqvist? SERIOUSLY?) So I was very concerned that the makers of Outlander might not “get” my version of the story.

I needn’t have worried. Most importantly, the characters are nearly spot-on. Claire (Caitriona Balfe) and Jamie (Sam Heughan) look like they stepped out of my brain and onto the screen. I suspect this casting perfection was a sop to the legions of female Outlander fans who all have a very pleasant mental picture of Jamie in his kilt. Most of the other characters are similarly excellent, with the exception of Frank/Jack Randall (Tobias Menzies). Menzies, who you know from the TV series Game of Thrones and Rome, just can’t project enough icky scariness to properly embody Black Jack Randall.

The plot is also very well done, sticking very close to the book except in one episode. In fact, some of the dialogue is lifted from the page word-for-word; I know, I returned to my well-thumbed paperback copy of Outlander to check. Episode 14 deviates from the book as written quite a bit, but if you haven’t read the book maybe it won’t bother you. If it does, just skip it–you don’t miss any important plot points.

One caveat to my otherwise wholehearted recommendation of the Outlander TV series: it is faithful to the book in some of the more, shall we say, graphic particulars, as well. Don’t watch it with kids or elderly aunts, or anyone who isn’t prepared for some pretty serious nudity. I knew what was coming in some of those scenes, and I was still embarrassed to be watching it in front of the cat. You have been warned!