Home » Reviews » Out of the Blue by Sophie Cameron 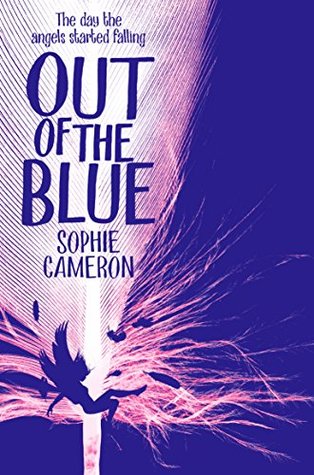 Teenage Jaya lost her mom in an accident eight months ago. Since then, mysterious winged Beings have been falling to earth from the heavens. Out of the dozens of falls, no Being has survived.

Jaya is alone in an Edinburgh park when a Being falls right in front of her, surviving against all odds. The Being is so frightened and alone that Jaya can’t bring herself to turn her in to anyone–even Jaya’s own father, who has become obsessed with calculating exactly where and when the next Being will fall. Jaya hides the Being (whom she names Teacake, after the Being’s favorite snack) in a vacant apartment and ends up sharing her secret with a few new friends who have secrets of their own.

This book was quiet and thought-provoking, remaining realistic despite the supernatural elements. A recommended read for anyone who is feeling contemplative.