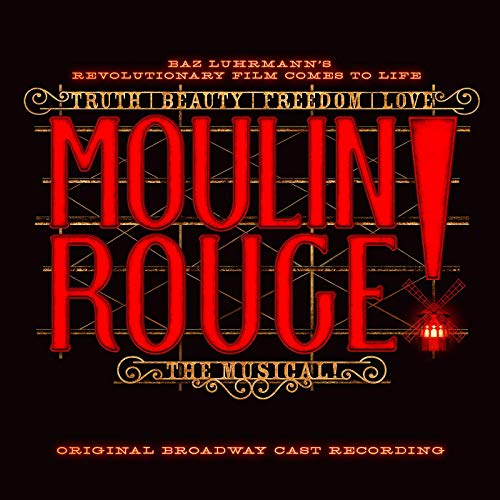 I’ve always enjoyed the music from Moulin Rouge, so when I heard a Broadway musical was being made based on the movie, I was excited to hear what it would sound like. Finally, the soundtrack for the Broadway musical came out and I got to take a listen, and I was pleasantly surprised.

This musical is what is considered a “jukebox” musical, where the creators took a bunch of snippets of popular songs and combined them to tell the story. While some people might not enjoy this, I found it fascinating and entertaining. And no worries, the favorites from the movie are still there, including “Your Song” and “Come What May.” This musical contains songs from all the popular musicians of today, from Beyoncé to Katy Perry, and many more! I enjoyed this soundtrack and would definitely recommend it!