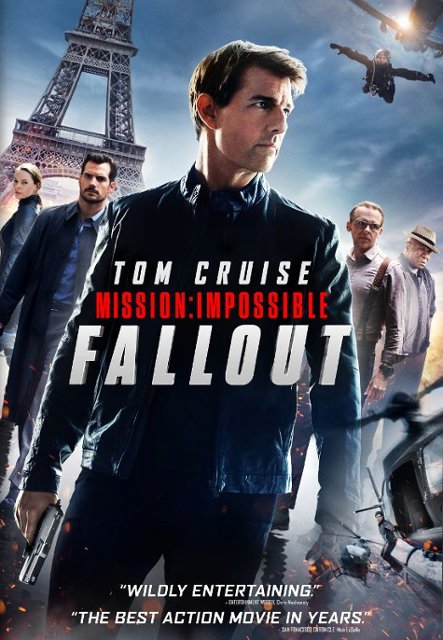 The sixth installment in the Mission: Impossible series follows Ethan Hunt and his team as they try to track down missing plutonium in order to stop a rogue faction from setting off dirty bombs. Along the way they are teamed up with a CIA agent (Henry Cavill) who monitors the team, since the team lost the plutonium in the first place. The entire team travels the world to stop the bombers and save the world. Surprising characters pop up in unexpected places which puts more pressure on Ethan and the IMF team to stop the danger. With each car chase and fight the team gets closer to their goal, but also starts to discover that they might have a traitor in their midst.

This was the perfect action movie to watch on a cold winter night. I enjoyed the plot and all the action, but it might have been slightly too long. At over 2.5 hours, I felt they could have cut some of the fight scenes slightly shorter. But I enjoyed the movie and it kept me mostly entertained. While Tom Cruise is the star of the show, I found myself rooting for the supporting characters Luther Stickell (Ving Rhames), Benji Dunn (Simon Pegg) and Ilsa Faust (Rebecca Ferguson), and these characters did not disappoint.