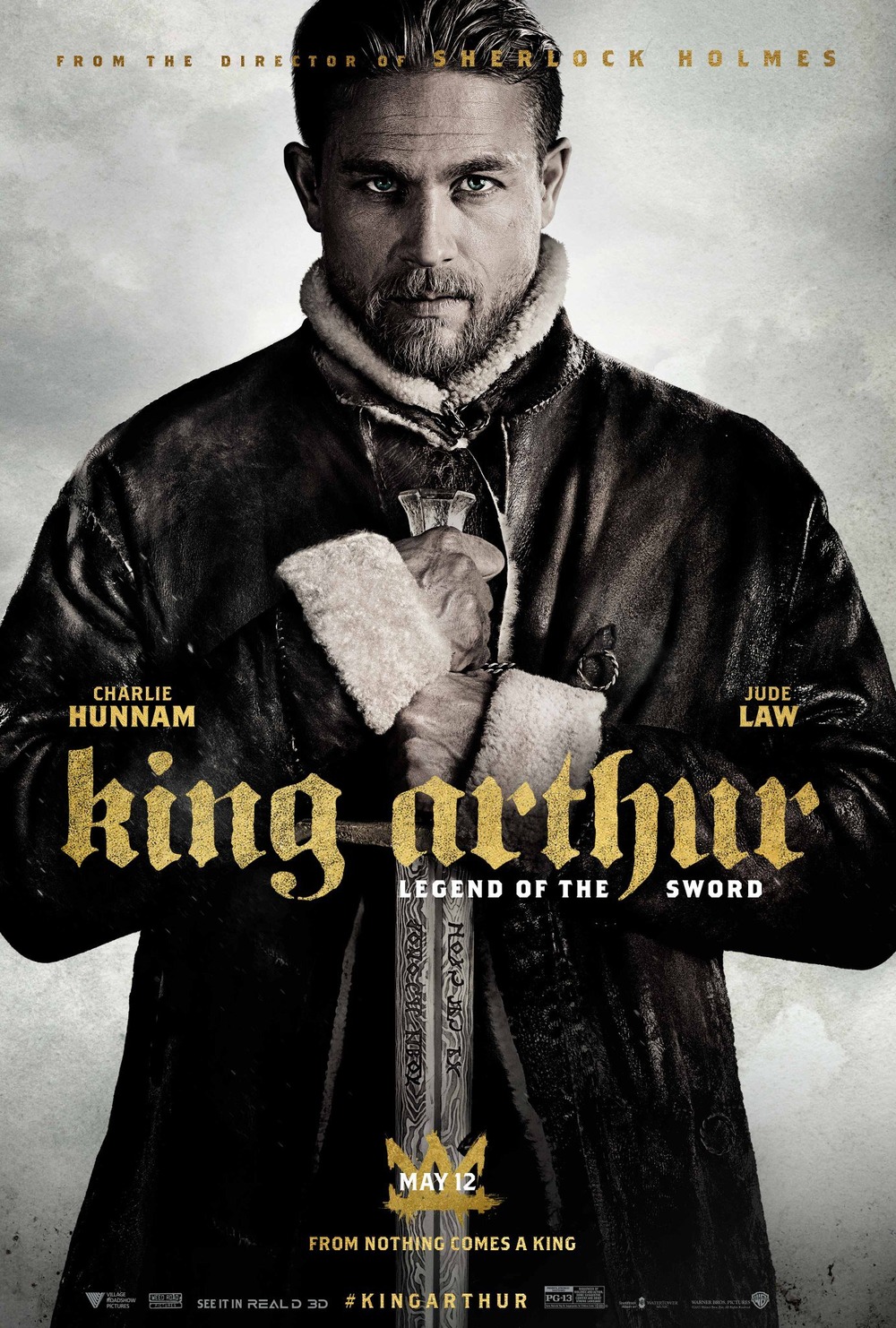 Fair warning, this movie got horrible reviews. Like really, really bad. So I was apprehensive when I decided to watch it, and was prepared to stop it if I needed to 20 minutes in. But I was pleasantly surprised when I found myself enjoying the movie. It was definitely not the typical King Arthur story that we all know; it was more of an origin story. And it involves magic, lots and lots of magic. But I actually enjoyed it, maybe because there was a lot of action (which I love) and humor. And Charlie Hunnam was not bad to look at.

Basically Arthur (Charlie Hunnam) grows up in a brothel, learning to fight and survive after his father, the king, (Eric Bana) is killed by his brother, Vortigern (Jude Law). Vortigern takes over and becomes king, using blood magic to become extremely powerful. He is paranoid about the true heir, who will pull the sword out of the stone. He has every man born around the age of his nephew pull the sword out of the stone, so he can find his nephew and kill him. Inevitably Arthur pulls the sword, and he joins a band of rebels to attempt to defeat his uncle, and reclaim his throne.

The style of this film is different, with some slow motion and sped-up scenes, but I actually enjoyed how it was different than the typical movie. Maybe that’s why people did not like it, maybe it was the story. And while I didn’t love the movie, it was an entertaining two hours.