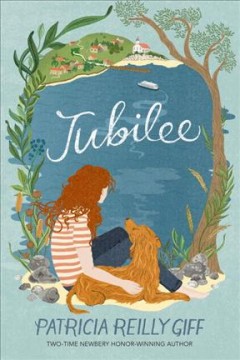 We first meet Jubilee when someone in a boat tosses a dog to her, asking if she’d like it (as they roared away in said boat.) Jubilee is actually Judith, named by the mother who deposited her similarly at her Aunt Cora’s when she was but a toddler. She could talk then, not much, but some, as she grew in Aunt Cora’s loving home. Before long, though, there were no more words from Jubilee, and she relied on her sketchbook to do her talking. School is difficult enough for kids who talk, but for Jubilee, it’s sometimes too hard to bear. Bit by bit, though, she finds friends in Gideon (Aunt Cora’s beau,) and Mason, and Travis, and Dog (of course,) and even Sophie, and for a girl with selective mutism, that’s quite a deed. This is a lovely story, with unusual ups and downs, but you will be enchanted by Jubilee, her tenacity, and her belief in herself.