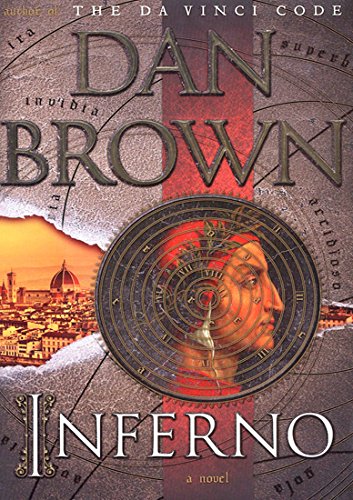 It’s official: Dan Brown has gone to the well one time too many. The formula worked so well in Angels & Demons and The Da Vinci Code: handsome professor and clever Girl Friday foil evil world-domination plot by solving riddles in art and history while racing through a lovely European capital. (The Lost Symbol was okay, too, although I thought its U.S. setting made it a tad less appealing.) But Inferno falls flat. What happened?

It all comes down to the plot. The evil world-domination plot, that is. In Brown’s previous novels, Robert Langdon was up against real, shadowy organizations of the past and present that use symbols and riddles as a means of communication–the Illuminati, the Priory of Sion, Opus Dei, and the Freemasons. The plots had a delicious tang of plausibility about them. In Inferno, the riddles are the work of lone mad scientist who simply felt like creating a treasure hunt based on Dante’s Inferno. Plausible? Not so much.

Inferno is still passable as a thriller, and I’m sure Dan Brown still has plenty of good straightforward thrillers to write. But he needs to put the Robert Langdon series to rest. It’s better to burn out than to fade away (cough, Peyton Manning, cough).

One thought on “Inferno by Dan Brown”