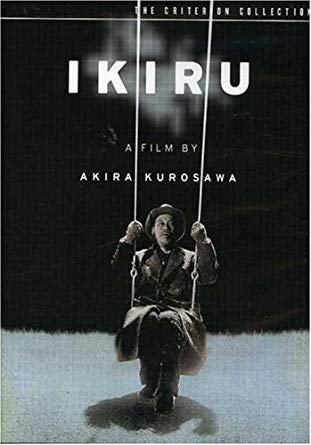 Ikiru (which means “to live”) is a Japanese film by my favorite director Akira Kurosawa. Ikiru is a beautifully poignant story about Kanji Watanabe, a city clerk who has never done anything exceptional in his life. For 30 years he has been a mindless bureaucrat just maintaining his status and never making waves. Until he finds out he has terminal stomach cancer with about 6 months left. Watanabe goes on a quest to start living and find a purpose in the last months he has left on earth. The theme and ideas in the film are are universal and timeless: life, death, a person’s legacy, what we leave behind, and how we are remembered when we are gone. Takashi Shimura is an amazing actor who does one of his best performances of his career as Watanabe. I highly recommend this bittersweet commentary on what it means “to live”.