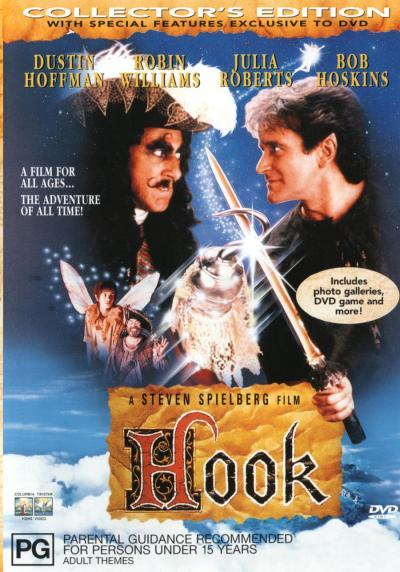 A lot of people seem to forget that the now legendary Steven Spielberg directed this 1991 epic, but upon re-watching it’s clear to see the director’s signature grand scale and whimsy throughout this picture, but it is undeniable that certain aspects of it have not aged well through the years. Admittedly, nostalgia goggles had made me glance over some the occasional wooden dialogue or questionable plot points, but the overall adventure and genuine love for the source material far out way these problems. The stellar performances by Robin Williams (Peter Pan) and Dustin Hoffman (Captain Hook) are equally captivating as they are sincere, turning our hero and villain into not just characters from a nearly century old book, but into rich and engaging people who’s story we actively feel apart of and who’s journeys we feel invested in. From the inconceivably detailed and believable set design of Neverland, to the swashbuckling and bombastic score by John Williams, Hook delivers a memorable and enticing film experience that, if put into a single word, is simply fun.