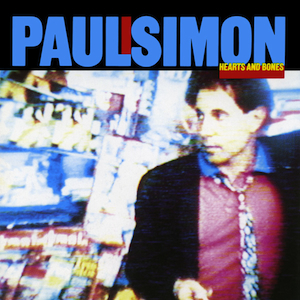 I am, admittedly, a music junkie. I love discovering artists that were previously unknown to me, regardless of genre. Around ten years ago, I discovered the genius of Paul Simon. Of course I had heard of him before (I grew up in the “Call me Al”/Graceland era of his and you could not escape that particular hit on popular radio.) Since then, I now count several of his hits and albums as my favorites. However, I have now uncovered a lesser known album called “Hearts and Bones” and it is rapidly becoming number one on my playlists. Written after his divorce from his first wife and during the throes of his tumultuous relationship with the late Carrie Fisher, “Hearts and Bones” is classic, autobiographical Simon at his best. The title track particularly is hauntingly beautiful and will resonate with you long after its conclusion. Another title “Train in the Distance,” about his divorce from his first wife, literally will make you think you are on the train reaching its destination. Such is the genius of Simon.