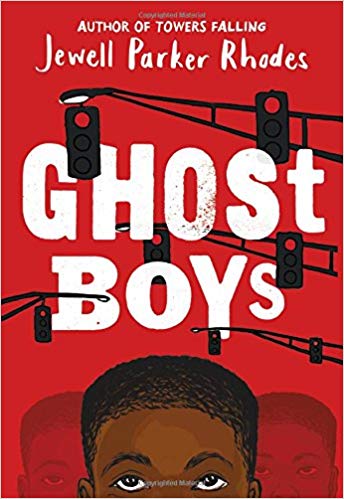 Twelve-year-old Jerome is shot dead on his way home from school by a policeman on page one of this stunning page-turner by well-known children’s author, Jewell Parker Rhodes. The similarity to any other child shooting story ends there, as Jerome becomes a ghost who can be sensed or seen by only a few living people and is joined as he watches the goings-on after his death with lots of other dead black boys who are also ghosts. Ghost Boys is divided into alternating sections showing Jerome as things were in the hours before and after death: his interactions with his family, the bullies who harass him daily, and a new boy in school who wants to be his friend, and the reactions of the people left behind after his death. Jerome is joined by many ghosts of dead black boys, one of whom speaks to him and helps guide him on his way. A powerful middle grade read.