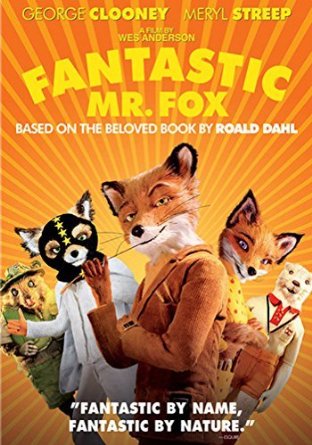 Wes Anderson makes very distinctive films. Unlike big budget blockbuster movie makers that seek to simply have the shiniest colors and least offensive aesthetic as to appeal to the widest possible demographics that their pictures can reach, Wes Anderson always sets out to make HIS movie above all else, thus is the case of Fantastic Mr. Fox. Ditching the traditions of conventional animated films, Anderson trades in computer animated characters for an entirely stop motion cast and world, intentionally reminiscent of the classic Rankin/Bass holiday TV specials. He’s literally crafted an entirely other world that looks and feels like no other animated movie in recent memory. What stands out most is despite the fact that this is a children film, Anderson never talks down to his audience. We see people smoking, we see them shoot guns, we follow the journey of a main character whose objective in life is to be the best thief there is, an objective he has to constantly struggle with in order to be a responsible family man. This is not some after school cartoon program you idly watch without a purpose. This is a piece of art.