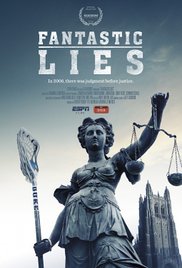 This documentary examines the highly-charged legal case of the rich and privileged Duke University lacrosse players in 2006. Three athletes were accused of rape and the subsequent outrage from the media illustrates how often we fail to recognize one of the most sacred principles in the American criminal justice system, holding that a defendant is innocent until proven guilty. Irresponsible coverage by media outlets resulted in widespread and vehement public conviction of the players long before the case was closed. False accusations, physical harassment and the intentional withholding of evidence led to lives forever changed, careers destroyed, names irrevocably smeared and a school’s reputation forever stained.