Home » Reviews » Countdown: 2979 Days to the Moon by Suzanne Slade 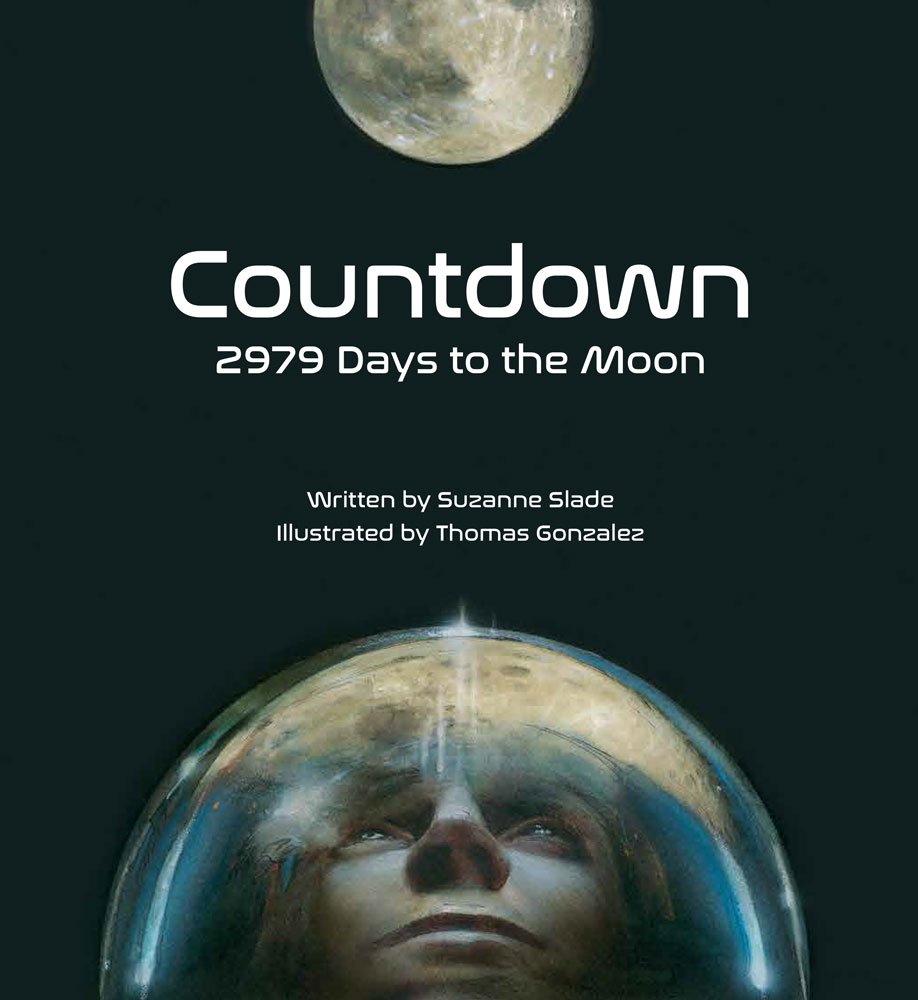 When I was 9 years old I heard the speech that President John F. Kennedy made to announce to the world, “I believe that this nation should commit itself to achieving the goal, before this decade is out, of landing a man on the moon and returning him safely to the earth.” And I remember my mother and father being amazed at this proclamation, and my dad saying, “If anyone can do it, we can.” I lived through years of reports about the Apollo space missions, being sad about the defeats and happy when their efforts were successful. And then, within that decade NASA and the brave astronauts did what many believed to be impossible; they put not one, but two astronauts on the moon. Until now, I’m not sure there has been an adequate book for children about this feat, but there is now. That book, Countdown: 2979 Days to the Moon, is one of the finest pieces of nonfiction I have read in my many years as a children’s librarian. Suzanne Slade and Thomas Gonzalez (author and illustrator) have provided a wonderful compilation of all the preparations and flights, from Apollo 1’s tragic beginning to Apollo 11’s triumphant moonwalk by Neil Armstrong and Buzz Aldrin. This is a magnificent children’s book, written in a way accessible to all children, but definitely not just for children. It is a feast for all.