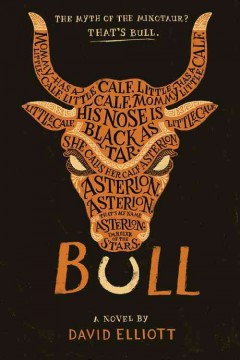 Poseidon, the god who ruled the ocean deep
was displeased when Minos into kingship did creep
How to make him pay? Oh, yes, yes, how?
Make this ruler’s wife fall in love with a cow
(well, a bull, as the story goes.)

So Pasiphae the Queen had a son a bit later,
and whom did he resemble: Not his mummy, but his pater
Yes, folks, he had the body of a man, but the head of a bull
And you can imagine the teasing! His plate was full.

So Daedalus, the Royal Engineer is called upon to plan
an underground maze to contain the bullish young man
(Yes, that Daedalus, who behind the scenes was using
Everything within his means to build two sets of wings
To hasten an escape for his son and him.)
Can you believe the work? An inescapable prison and
the means for he and his kid to escape the bounds of land?

But, I digress, oh, yes, there’s more, for bull-boy’s sis Ariadne
(from their mother)
Is determined to help her half man half bull half brother.
A plan is wrot, supplies are got, but at the crucial time Ariadne is not (there)
She’s off making googoo-eyes with Theseus from Athens city,
And that’s a tale I’ll not tell. More’s the pity.

Does all end well? A happy reunion? What do you think?
This is a mythological tale. We’ve thrown in all but the kitchen sink.
David Elliott writes a better tale than I,
so read it, hear his wisdom, his tale, but I warn you, You. Will. Cry.

(Do I need to say I really, really liked this book? Each character has his/her own poetic form of speech, and it’s amazing!)