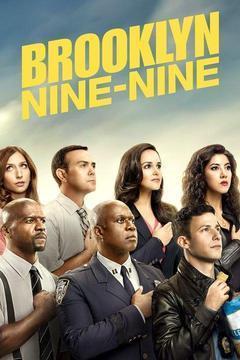 I’ve enjoyed this series for many years, and Season 5 did not disappoint! This series follows detectives at the Brooklyn 99th precinct. Each character is so well written and hilarious in their own ways. Jake Peralta (Andy Samberg) is the lovable, but goofy character who has immature tendencies, yet often gets the job done. Amy Santiago (Melissa Fumero) is a rule follower and a wannabe teacher’s pet to the precinct’s new captain, Captain Raymond Holt (Andre Braugher). Captain Holt is an extremely serious captain, but throughout the series you learn how awesome the captain really is. His humor is very deadpan. Honestly, every character in this show is perfectly cast and hilarious. From Charles Boyle (Joe Lo Truglio) to Rosa Diaz (Stephanie Beatriz) and from Terry Jeffords (Terry Crews) to Gina Linetti (Chelsea Peretti), I love all of the characters. And don’t forget about Hitchcock (Dirk Blocker) and Scully (Joel McKinnon Miller) who are the most incompetent detectives ever, yet so funny. There is not a weak link in this cast.

I don’t want to give away any plot points for season 5, because you should really start at the beginning and watch all the seasons. Just know that Season 5 lives up to the previous seasons. A stand out episode in each season is the annual Halloween Heist episode, and Season 5’s is awesome. While this show originally aired on Fox, it was recently cancelled and picked up by NBC, and will start airing new episodes sometime in the next year. This gives you plenty of time to catch up on one of my favorite series.