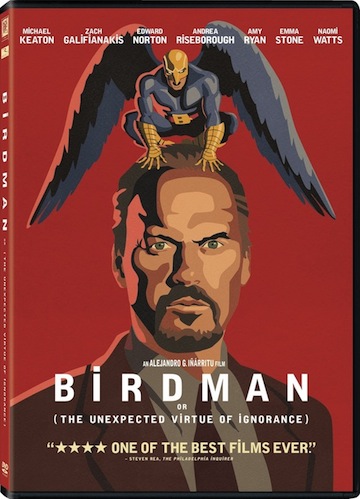 I don’t usually post negative reviews, in fact I have never posted a negative review. But I simply could not help myself with “Birdman.” This movie is awful, awful, awful. With all the Oscar buzz it received earlier this year, I expected more. Maybe it was opposite day in Hollywood when the media critics viewed it. It is the most depressing downer I have ever seen, except maybe “Amour” (another wretched movie that received undeserved award and media acclaim). Birdman’s summary describes it as a “black comedy.” I see no comedy whatsoever in this horrid display of acting, writing, and directing indulgence. So, I respectfully request that you do something uplifting with the 119 minutes I have just saved you if you were contemplating watching this.