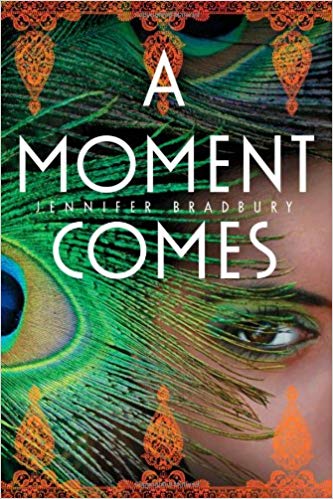 What begins as the story of forbidden crushes quickly becomes one full of tension and religious conflict. Told from three distinct points of view; Tariq, a Muslim boy with dreams of leaving India to attend Oxford; Anupreet, a Sikh girl, whose recent facial scar is an everyday reminder of the violence that permeates her life; and Margaret, an English girl, temporarily living in India with her parents while her father determines the line that will divide India in two. The upcoming partition of India has tensions between Muslims and Sikhs at an explosive level. Forced to decide whether to follow the expectations of their families and society, or do what they think is right, each character has tough decisions to make. When an old acquaintance draws Tariq unknowingly into the violence between the Sikhs and Muslims, the three teens must decide if their differences are too great to overcome, or if they will help each other in the end.

This fictional portrayal of an important time in India’s history gives readers a look at the adversity faced by those living in India during this volatile period. Though the love triangle comes into play throughout the story, the real draw of this book is Bradbury’s descriptive writing that takes us into the mind of each character and gives us a brief glimpse of what it was like to be a teenager living on the edge of danger. A great read that I recommend for teens ages 14 and up.