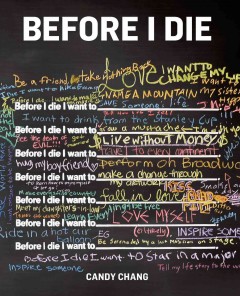 “Before I die I want to . . . ” This is the sentence artist Candy Chang asked her New Orleans neighbors to complete on the side of an abandoned house using chalkboard paint, stencils, and colored chalk. Within one day, the wall was crammed with humorous, inspiring, and heartbreaking anonymous answers. Before I Die documents 425 of these walls in 60 countries in this large-scale form of inter-connected art therapy. What would you write? 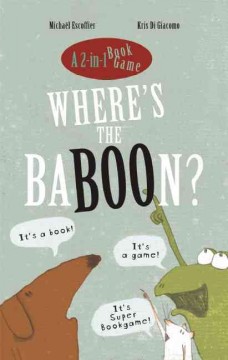 I buy thousands of kid’s books a year, and, generally, I love them all. Every now and then, a picture book leaps out of the crowd and says “I’m Special!” This is such a book. Where’s the Baboon? is billed on its cover with “It’s a book!” “It’s a game!” and it is a little of each. The characters are an oddly dissimilar group of animals, one of whose names is hidden in a question on each page. As you’re enjoying the funny pictures and questions, you’re also solving each page’s mystery. There are clues for each question, but don’t give the answer away – kids will discover the clues on their own. Fun for any age! 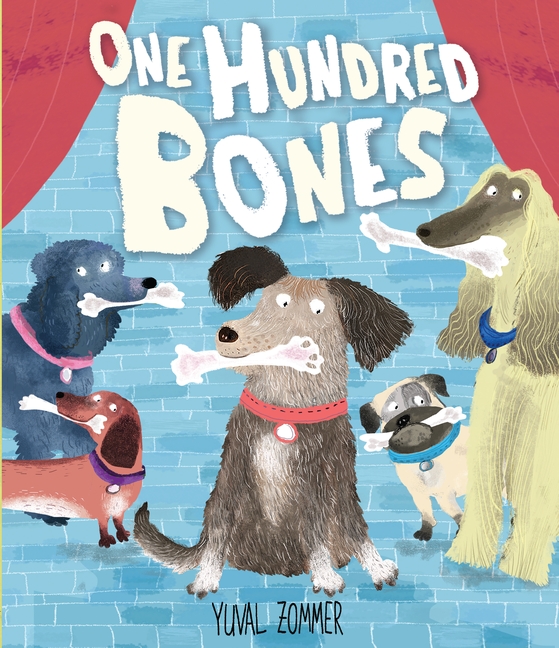 What do you do when your best skill makes everyone mad at you? Scruff is a stray, who loves to dig, and digging is what Scruff does best in flower beds, in the middle of lawns, and anywhere else he can. One day Scruff is digging and comes across the biggest bone pile he has ever seen. Not only is the bone pile big, the bones inside are huge enough to interest the local paleontologist, proving once again, that the best way to discover your forever home is by discovering a dinosaur. 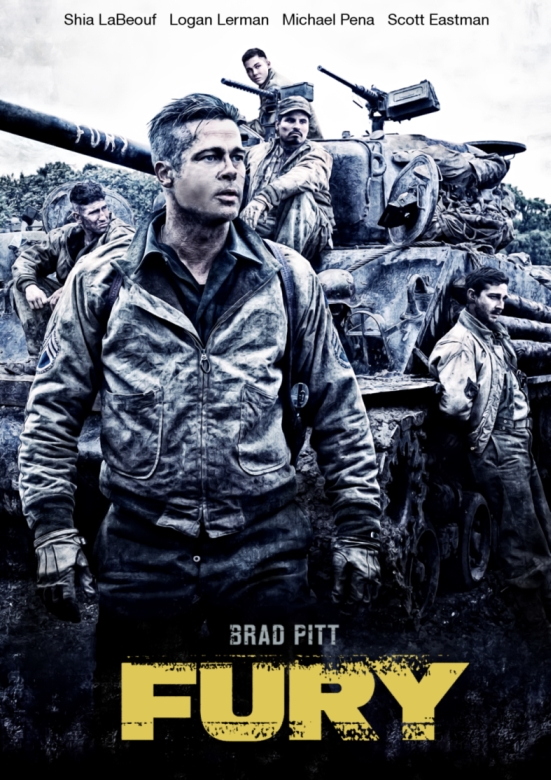 This truly incredible World War II film opens in 1945 with five men and a boy (who leaves a man). Brad Pitt stars in this story leading a Sherman tank into the heart of Nazi Germany. For the sake of their country, each of these men demonstrate remarkable bravery in the face of tremendous odds. What struck me most about this violent, bittersweet, and yet beautiful movie, were the bonds formed between the men, and just how far they were willing to go for the stranger who sat beside them. They also displayed compassion in response to the horrible face of war. 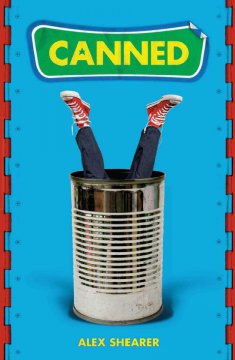 What’s the grossest thing you ever found in a can? Lima beans? Spam? Beefaroni? Fergal Bamfield is a somewhat odd boy who decides to start a can collection – not open cans, but the unopened ones you find in the bargain bin at the supermarket, the ones with no labels. One day Fergal decides to open one, and is surprised at what he finds inside. The next can he opens has something ever weirder. And then he meets Charlotte, another can collector, reaching for the same can, and she has found some gruesome can contents. The more they talk, the stranger the mystery of the cans gets. Will they solve it before someone is badly hurt? An interesting and exciting read for Grades 3-6 Parents: Please watch this movie before your child plays football. I seriously did not expect Concussion to be this good; but it was. Based on a true story, the film explores how forensic pathologist Dr. Bennet Omalu discovers chronic traumatic encephalopathy (CTE) brain degeneration experienced by professional football players. It also covers the National Football League’s efforts to discredit Omalu and his research in response. Well acted, especially by Will Smith (yeah, he should have been at least nominated for an Oscar here). This movie was a real eye opener in many ways and should prompt society to rethink football, the sacred cow of sports. The takeaway: Do not take your brain for granted. 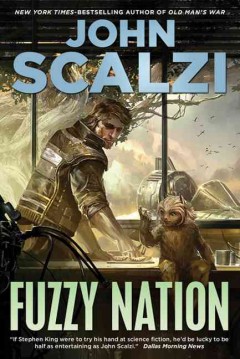 I am an avid fan of sci fi writer John Scalzi. This is an interesting ‘reboot ‘ of a 1962 Hugo-nominated novel by H. Beam Piper called Little Fuzzy. Think of Perry Mason meets Han Solo. While the main characters and the bad guys are the usual stereotypes in science fiction, the courtroom drama has enough twists and turns to help you overlook this flaw. 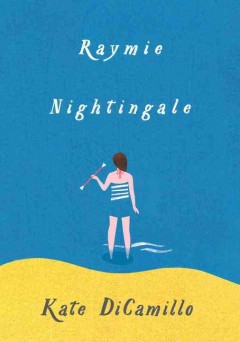 Admittedly, I’m a huge fan of Kate DiCamillo’s books (The Tale of Despereaux, The Mysterious Journey of Edward Tulane, Flora & Ulysses to name but a few,) but her newest read, Raymie Nightingale has touched my heart and made it sing. We first meet Raymie as she describes why she absolutely has to win the title of Little Miss Central Florida Tire in order to encourage her father (who left town with a dental hygienist) to come home. And, in order to win the pageant, she has to do good deeds and learn how to twirl a baton. At her first baton twirling lesson she meets two girls, Louisiana Elphante and Beverly Tapinsky, two girls who could not be any more different from Raymie or each other. In spite of this (or, perhaps, because of it) the girls form a bond that starts out unrealistic, and grows into one none of them realized they needed. This is an unparalleled story of friendship filled with tears, laughter, and quite a few good deeds. A perfect 3rd -6th grade book. 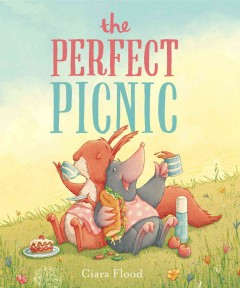 What do you need to have the best picnic in the history of best picnics? The best picnics start with an impressive menu, the correct picnic blanket, and the perfect location! Mole and Squirrel set off to have the perfect picnic, the last thing they need is to find the perfect spot. The hunt for the best view with level ground and just the right amount of sun takes its toll on Squirrel. Just when Squirrel and Mole are about to give up they learn the best thing about picnics. Check out this sweet picture book with its timely reminder that perfect isn’t always perfect but friends make everything better. 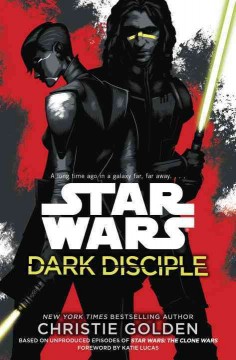 Opening this book, I was not expecting much after having read the very disappointing AFTERMATH, which occurs later in the new Expanded Universe. DARK DISCIPLE, then, was my second foray into the Disney mandated Star Wars new EU. To my surprise, I could not put this book down. Golden, and thus Disney, honor the classic style of story-telling the original Star Wars books had been known for with this book – fully-fleshed out characters, unexpected twists, and suspense until the end. Based on non-produced scripts of the CLONE WARS TV show (the series that started in 2008), Dark Disciple tells the story of the former Sith now known as Ventress and the relationship she reluctantly has with Jedi Master Vos. With such an unexpected relationship, Golden takes us on a ride that calls us to do the unthinkable; that is, find empathy for Ventress. While Vos and Ventress go on a few “missions” together, the biggest mission they face is to take down Count Dooku. From there, the story begins its twists and turns, making the reader second guess everything that every character is saying. Who is truly in the light? Who is truly in the dark? Such questions are only answered near the very end of the book, and the wait for the answers is completely worth it. The only regret? That we’ll never see the four episodes of THE CLONE WARS that this wonderful book is based on. Perhaps though, as Yoda might say, best left to one’s imagination, this story is.