Raymond was born on the Menomonee Reservation here in Wisconsin, and due to a lack of family resources after his father dies when he is 8, he must move to the Indian school in Keshena. A chance meeting with a lone wolf bolsters this lonesome boy. The book is a fascinating read filled with this boy’s struggles and determination. The loyalty of his wolf over many years is touching and amazing.

Delicious! is author Ruth Reichl’s first foray into fiction. She has written two nonfiction books on food and was the longtime editor-in-chief of Gourmet magazine, so I was expecting some serious foodie fun from this title.

The premise is simple: ingenue Billie Breslin takes a position as an editorial assistant at a famous food magazine and learns all about life while feasting on oysters and microgreens. Great literature it is not, but as a vehicle for mouth-watering descriptions of incredible dishes, Delicious! certainly delivers. And while Billie herself is a bit of a drip, the ensemble of lovable secondary characters–including an avuncular travel writer named Sammy and a hilariously inept reader who substitutes canned clams for scallops–round out the novel like a perfectly plump souffle: fluffy but satisfying.

I cannot believe I am the first person at the Delafield Public Library to review this beautifully-written fiction book from 2010, since it is a staff favorite. I loved this exotic, lush, and poetic tale about Indian twin boys growing up in Ethiopia and finding their place in the world. The incredibly moving and descriptive writing by Mr. Verghese uses elements of mystery, drama, romance, and adventure. The medical/surgical insights were fascinating, illuminating the job of surgeons which is largely unknown to most of us. I usually prefer classics in fictional books as I am often disappointed with the quality of writing in most modern fiction reads. Not so with Cutting for Stone. If you’ve read it, let me know if you agree. If you haven’t read it, I highly recommend it.

Parents and Grandparents: Are you looking for some perfect books for holiday gifts for the younger members of your family? Here are a few of my recent favorites. 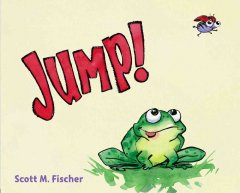 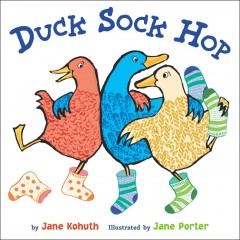 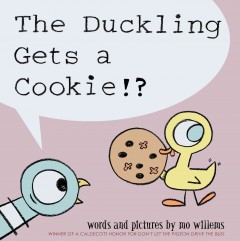 Jump! by Scott M. Fischer (2010) – From bugs and frogs to alligators and whales, frightened animals always move out of the way for a larger opponent. 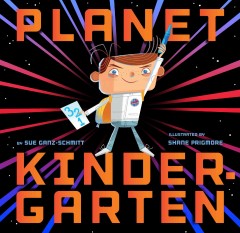 Sam and Dave Dig a Hole by Mac Barnett (2014) — Sam and Dave are sure they will discover something exciting if they just keep digging their hole. (To be truthful, I would recommend ANY book by Mac Barnett. You can’t go wrong.)

Alone Together by Suzanne Bloom (2014) — Goose, Bear, and Fox are friends through thick and thin.

Planet Kindergarten by Sue Ganz-Schmitt, Illustrated by Shane Prigmore (2014) — A young child imagines going off to Kindergarten as a journey to another planet.

Flora and the Penguin by Molly Idle (2014) — In this wordless, lift-the-flap picture book, Flora and her new friend, the penguin, dance on the ice together and learn to treat each other with respect and kindness. This is a follow-up to the equally lovely Flora and the Flamingo (2013)

When Edgar Met Cecil by Kevin Luthhardt (2013) — A robot and an alien overcome obstacles to form an unlikely friendship.

Battle Bunny by Jon Scieszka and Mac Barnett (See what I mean?), Illustrated by Matthew Myers – Alex, whose birthday it is, hijacks a story about Birthday Bunny on his special day and turns it into a battle between a supervillain and his enemies in the forest – who, in the original story, are simply planning a surprise birthday party.

The Book With No Pictures by B.J. Novak — In this book with no pictures, the reader has to say every silly word, no matter what. A hilarious read-aloud!

BOOKS FOR OLDER READERS – 8 AND UP

Brown Girl Dreaming by Jacqueline Woodson — Jacqueline Woodson, one of today’s finest writers, tells the moving story of her childhood in mesmerizing verse. Raised in South Carolina and New York, Woodson always felt halfway home in each place. In vivid poems, she shares what it was like to grow up as an African American in the 1960s and 1970s, living with the remnants of Jim Crow and her growing awareness of the Civil Rights movement. A very fluid and beautiful read. 2014 National Book Award Winner

The Hypnotists by Gordon Korman — Jackson Opus has always been persuasive, but he doesn’t know that he’s descended from the two most powerful hypnotist bloodlines on the planet. He’s excited to be accepted into a special program at the Sentia Institute, but when he realizes he’s in over his head, Jackson will have to find a way to use his powers to save his friends, his parents, and his government. First in a series.

Paperboy by Vince Vawter — When an eleven-year-old boy takes over a friend’s newspaper route in July, 1959, in Memphis, his debilitating stutter makes for a memorable month. This is a beautifully textured coming-of-age novel that unfolds against the backdrop of the segregates south, offering a page-turning story of a boy and his struggles to speak. 2013 Newbery Honor Book

Doll Bones by Holly Black — Zach, Alice, and Poppy, friends from a Pennsylvania middle school who have long enjoyed acting out imaginary adventures with dolls and action figures, embark on a real-life quest to Ohio to bury a doll made from the ashes of a dead girl. This is just scary enough, without going over the edge.

A Snicker of Magic by Natalie Lloyd — The Pickles are new to Midnight Gulch, Tennessee, a town which legend says was once magic– but Felicity is convinced the magic is still there, and with the help of her new friend Jonah the Beedle she hopes to bring the magic back. A charming story about finding your own strength and trusting your friends.

The Mouse with the Question Mark Tail by Richard Peck — The smallest mouse in London’s Royal Mews is such a little mystery that he hasn’t even a name. And who were his parents? His Aunt Marigold, Head Needlemouse, sews him a uniform and sends him off to be educated at the Royal Mews Mouse Academy. There he’s called “Mouse Minor” (though it’s not quite a name), and he doesn’t make a success of school. Soon he’s running for his life. The smallest mouse in the palace has the biggest secret – he just doesn’t know it yet.

Flora & Ulysses: The Illuminated Adventures by Kate DiCamillo — She is a natural-born cynic, he is an unassuming squirrel. Together, Flora & Ulysses will conquer the villains, defend the defenseless, and protect the week. Or something. Holy Bagumba! 2013 Newbery Winner.

The Whizz Pop Chocolate Shop by Kate Saunders — Eleven-year-old twins Oz and Lily are recruited by a talking cat to assist her and M16 in foiling the dastardly plans of their great-great-uncle, a chocolatier who used magic to make a candy that bestows immortality.

The Fourteenth Goldfish by Jennifer L. Holm — Ellie’s scientist grandfather has discovered a way to reverse aging, and consequently has turned into a teenager–which makes for complicated relationships when he moves in with Ellie and her mother, his daughter.

Floors by Patrick Carman — Ten-year-old Leo’s future and the fate of the extraordinary Whippet Hotel, where his father is the maintenance man, are at stake when a series of cryptic boxes leads Leo to hidden floors, strange puzzles, and unexpected alliances. A terrific first book in a three-book series.

The Year of Billy Miller by Kevin Henkes — Seven-year-old Billy Miller starts second grade with a bump on his head and a lot of worries, but by the end of the year he has developed good relationships with his teacher, his little sister, and his parents and learned many important lessons. Kevin Henkes is a Wisconsin author, and a treasure!

We discovered this bedtime story one night when my two granddaughters stayed for an overnight at Grandma’s. The story is adorable with a great read aloud flow to it. It was just perfect for two little girls that would rather stay up late and play with Grandpa.

Excerpt:
They need a drink, they want a snack,
They have to “go”! they like to yack,
The ground’s too hard, the grass is wet,
They’ll settle down, but not quite yet.

That title catches one’s eye. Perhaps you don’t want your curiosity peaked by what you would think is a morbid subject, but you can’t help it. That’s why I picked up this book. Doughty enlightens us to the unforgettable and sometimes strange happenings in this field. Most importantly however, she causes one to think of the traditions we practice; are we too intimidated with death, in denial? Pick up this eye-opening book, you will be better for it.

I found this to be a self-absorbed non-story about how winning the lottery changed a woman’s life. I finally skim-read it with impatience to understand why it was “a huge best seller in his native France” (The New York Times) and reviewed in Library Journal as a “#1 international phenomenon”. I never discovered the reason for its popularity. Maybe because it was short.