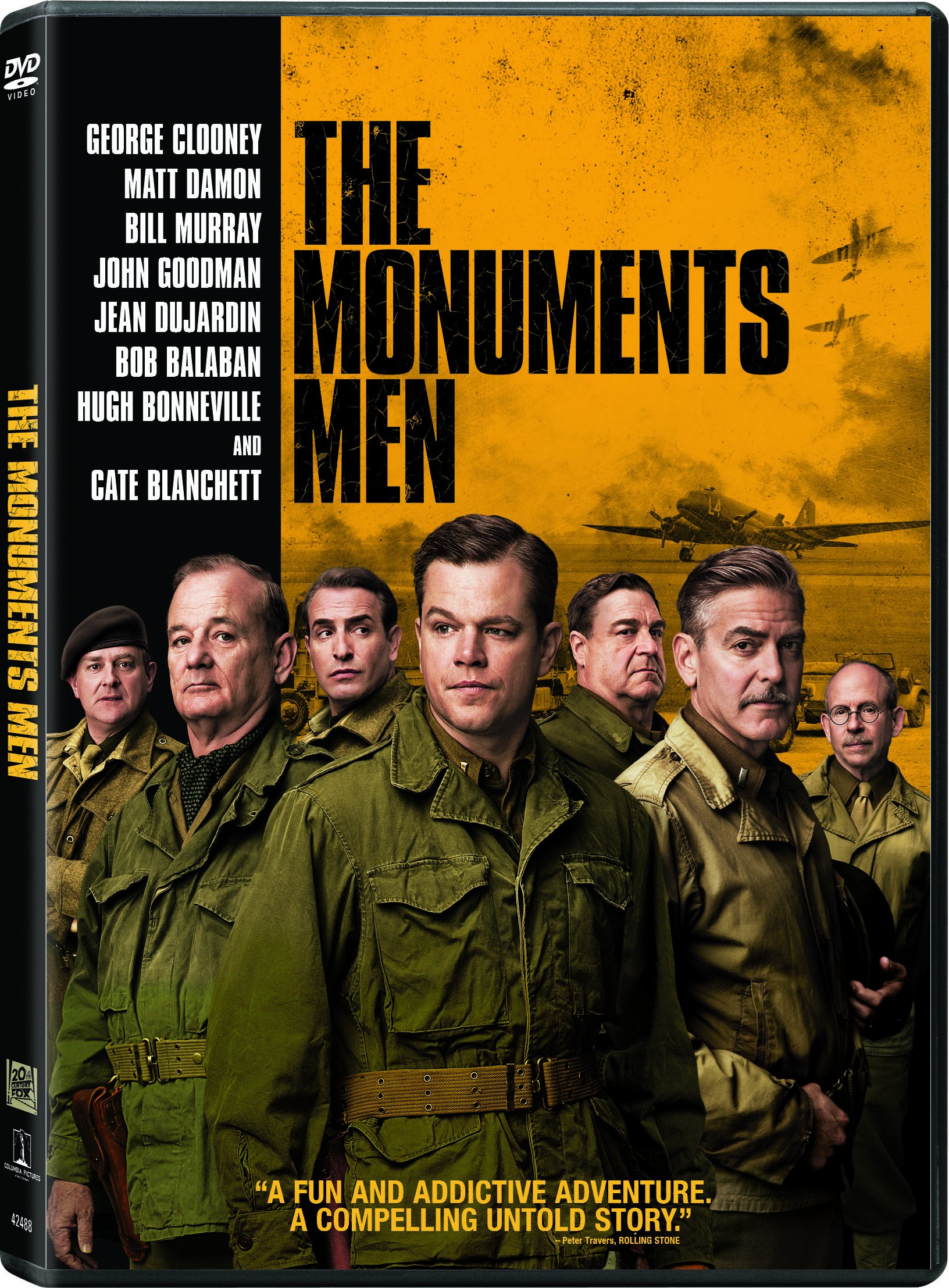 The Monuments Men is the true story of a group of experts dispatched by the Allies to rescue art and cultural monuments from the Nazis during the last year of World War II. It is based on the 2009 book of the same name by Robert Edsel, and the topic it covers is a fascinating little corner of history. Unfortunately, the film takes a great story and makes it boring. Even a stellar cast, including Cate Blanchett, George Clooney, John Goodman, and Bill Murray, can’t save this snooze-fest.

At the beginning, we get the backstory on what’s going on (Nazis are stealing art) through a 1944-era PowerPoint that Clooney’s character, Frank Stokes, is presenting to then-Vice President Truman. This tell-don’t-show type of plot development continues throughout the movie, making it feel like a documentary rather than a narrative. Then Stokes collects his team of misfits, whose names we get (then I, for one, promptly forgot), but precious little else. Apparently Bill Murray and Bob Balaban’s characters dislike each other–but I was never sure why, so the feeble attempts at buddy-comedy scenes fell pretty flat.

Once the team gets to Europe they split up, never to reunite until the very end of the film. With so many characters in so many different places and not a lot of plot-building, I was confused most of the time as to who was doing what where. When a couple of the team members die nobly attempting to save art, I barely noticed. I couldn’t remember their names anyway.

When the good guys are so forgettable, you need a really great bad guy to keep a film afloat. Yeah, I know the Nazis are the bad guys. But while a faceless bureaucracy of bad guys is probably more historically accurate, a good story needs something a little more concrete. Like the head Nazi getting his face melted off in Indiana Jones. Accurate? Probably not. Awesome? Totally.

In sum, The Monuments Men is a documentary trapped in the body of a feature film. If you want to learn about the mission to save art from the Nazis, read the book. If you want a thrilling World War II story, watch Saving Private Ryan. 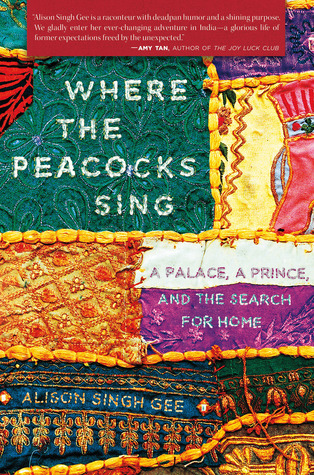 I have mixed feelings about this book. I enjoyed the cross-cultural story in the relationship between the author and her Indian husband Ajay. But found myself judging Gee’s obsession with trendy fashion, money and status, although these were most likely symptoms of her glamorous job as a magazine writer. By the end of the memoir, Gee matures emotionally and finds value in family and home. Amazon refers to this book as a “modern-day fairy tale”.

This was a very fun sci fi read! Astronaut Mark Watney is stranded on Mars and uses his mechanical engineering knowledge and creativity to help him solve survival challenges on the Red Planet. Lots of math detail in some part of the story which I found boring, but don’t let that keep you from giving this unique story a try. I skimmed those parts. (Don’t tell my math teacher!) 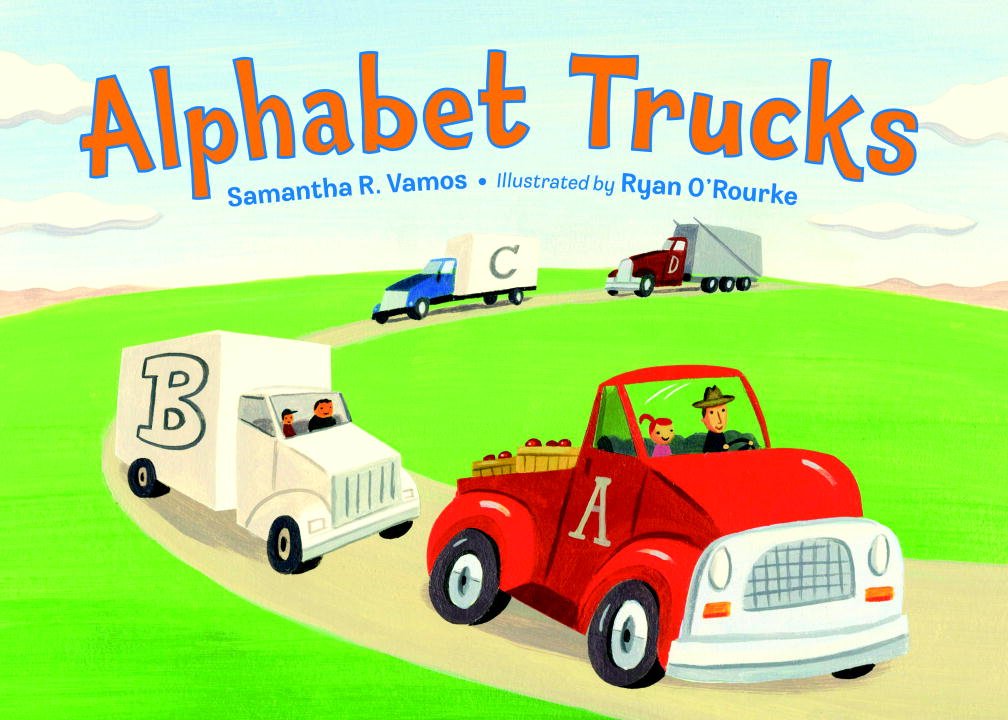 From Apple Trucks to Zipper Trucks (who knew?), you’ll be delighted with Alphabet Trucks by Samantha R. Vamos. Whether you’re a fan of the alphabet or of trucks, you’ll find this is a hit! Find it in the Vroom! section of the picture book shelves. (VROOM E VAMOS) 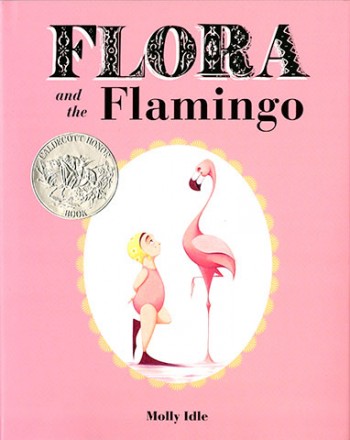 Molly Idle’s Flora and the Flamingo is a lovely wordless picture book with fold down flaps that follows the shy meeting and pantomime of Flamingo by Flora.  Never has pink been so whimsical and elegant at the same time, and the ballet of Flora and her new friend is exquisite. (E IDLE) 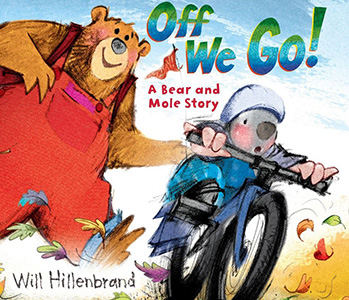 Mole decides that today is the day his training wheels come off his bike.  Will the other animals in his path be prepared for Mole’s wobbly, bumpy, flappy, scrambley ride?  And, what is at the end of his special ride? Check out Off We Go! A Bear and Mole Story by Will Hillenbrand. (E HILLENBRAND) 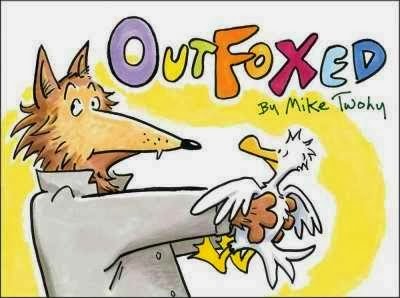 In Outfoxed by Mike Twohy, Fox thinks it’s a hen he’s grabbed from the hen house.  It’s not a hen, but it’s not the DOG it pretends to be.  How far will the “dog” go to convince the fox of his dogginess?  Hint: those fox socks taste terrible! (E TWOHY) 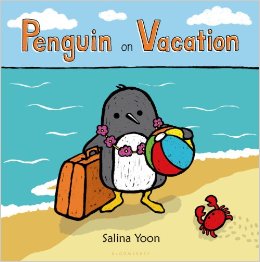 After much sledding, ice skating, skiing, and singing of “Ninety-nine balls of snow on the ground,” Penguin  decides he REALLY needs a vacation somewhere tropical.  What a nice surprise he has, meeting  a new friend, Crab, when he gets to his destination.  Will Crab decide he needs a vacation, too?  Check out this charming new book, Penguin on Vacation,  by Salina Yoon. (E YOON) 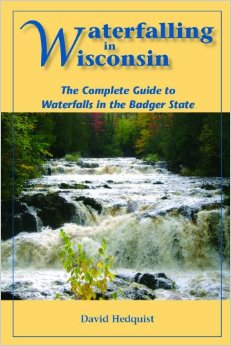 I took this book on vacation to the Apostle Islands & it was a great resource. It is a 2014 publication & includes very detailed directions for finding waterfalls, especially the ones a bit off the beaten trail. My daughter & I agreed that it was much more exciting to walk 30 minutes down an unmarked ATV trail to find Lost Creek Falls & be able to walk on the rocks & wade in the cold water than to visit Copper Falls State Park. Take this book on your next Wisconsin adventure, but don’t drop it in the water! 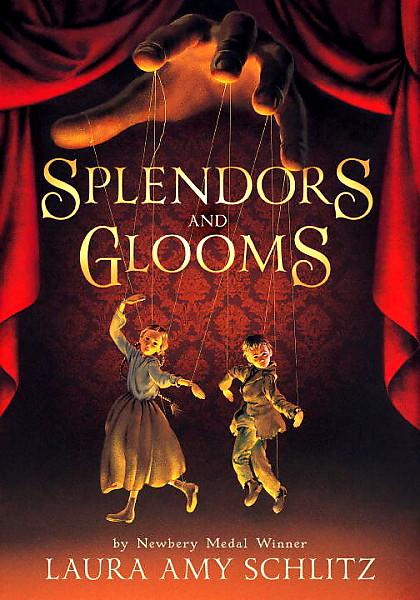 This is a complex interwoven tale consisting of three stories: Cassandra, the Witch, rich girl, Clara Wintermute, and impoverished orphans, Lizzie Rose and Parsefall.  Entwined in these stories is Gaspare Grisini, whose specialty is kidnapping and magically trapping living children as his marionettes.  His young associates, Lizzie Rose and Parsefall start to suspect something fishy and search for a way to undo what his madness has done in time to save Clara.  Set in foggy, smoky, scary 1860’s England, this is a spectacular tale of the macabre. 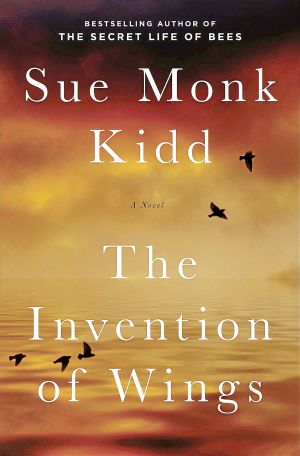 I devoured this book in 2 days! Set in Charleston in the early 19th century, the story is based on the life of Sarah Grimke and the slave Hetty. Sarah was appalled when Hetty was given to her as a birthday present and rejected the popular practice of owning another person. Although she tried to “give Hetty back”, Hetty remained Sarah’s personal maid. The novel spans 35 of years of American history, the beginning of the abolition movement and a time when women, too, struggled for empowerment, expression and liberation. Both sad and inspiring. 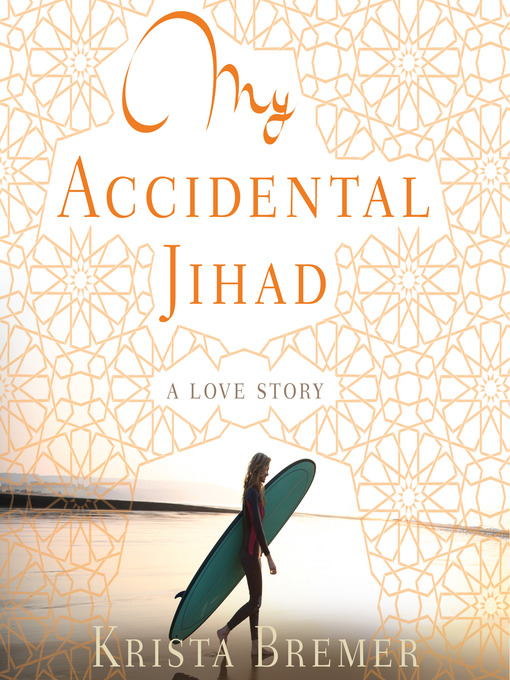 These days, everybody seems to be writing memoirs. That is, if your life is in any way out of the ordinary, it is apparently deemed memoir-worthy by the publishing industry. Go on a long walk? Memoir. (Wild) Have Tourette’s? Memoir. (The World’s Strongest Librarian) Eat a lot? Memoir. (Toast) In this iteration, the author’s life is memoir-worthy because she is a white Christian-cum-Buddhist who married a “cafe-au-lait” (her words) Libyan Muslim. And–shocker–they have a lot of cultural differences to work out as spouses and as parents, but they pull through because they love each other. The end. I can’t wait to write my memoir: The Unexpectedly Fascinating Life of a Curmudgeonly Librarian.

August Pullman is born with a facial deformity so severe that his parents have never sent him to school.  Now that he is a fifth grader, they have all decided it’s time for Auggie to begin at prestigious Beecher Prep.  Being the new kid in school is hard enough for the average 10-year-old, but having a face that makes adults turn away is going to make for a difficult year.  Fortunately for Auggie, there are a few people who, eventually, are able to overlook his look, and Auggie finds he can be something other than his face. 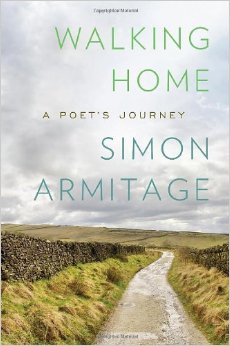 I am a “wannabe” walker; I want to walk more often and dream of a vacation hiking in the Cotswolds! I had just finished The Unlikely Pilgrimage of Harold Fry when I picked up Walking Home. Part travel guide, part memoir, Armitage sets out to walk the Pennine Way, Britain’s version of the Appalachian Trail. Each evening he gives a poetry reading at a local village in exchange for a bed, putting out a “sock” to collect donations. I enjoyed accompanying the poet on his journey. Fictional character Harold Fry & poet Armitage both encounter obstacles & kindnesses on their separate quests, symbolic of our human story, the journey of life.